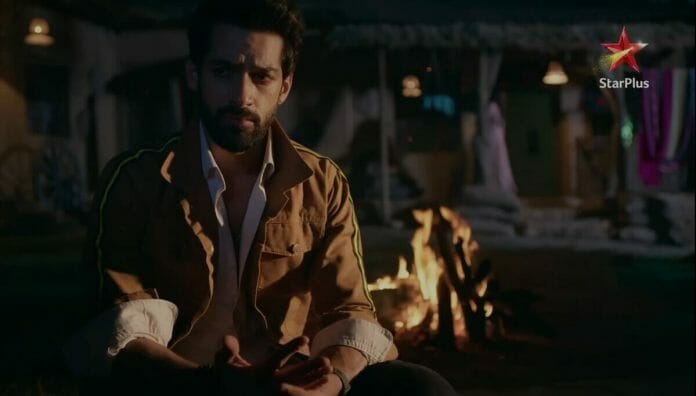 Previously it was shown that Imlie, Arto, Chini and Abhishek couldn’t go back home due to bridge collapse incident. Imlie and Arto enjoyed each other’s company as well as the village life. They cooked together and made their bed. Abhishek felt the love between the two and there Chini got irked seeing their bond.

She wondered how can Arto forget her easily. Abhishek accepted Imlie’s cooked food but Chini refused to eat it saying it’s unhygienic. She also objected to Abhishek’s Charity work. He felt their mentality is not same and they should not marry each other. Chini only likes to complain.

Later Chini decided to go after Arto again as Anu influenced her, next day she did not leave with Abhishek but asked for lift from Arto saying Abhishek left her alone. There Arto asked Imlie to forgive him and the latter was in a conflict.

In the upcoming episodes it will be seen Imlie will see Chini is sitting in Arto’s car. Imlie will ask her to sit in Abhishek’s car and Chini will get annoyed. Imlie will advise Arto to control his mind as Chini will get married to Abhishek soon. Arto will thank her for sending Chini away which he failed to do.

Chini will tell Anu that she finally wants to go back to Arto as Abhishek is not a guy who will give her all comfort. Anu will provoke her to start her planning to get back Arto. There Rudra will scold Kia and Akash for wasting the money behind luxury items which he gave for Imlie’s campaign.

He will give the accounts responsibility to Imlie but she will ask him to give the responsibility to Arto. Later Rathods will come to invite Rana’s for Chini’s wedding. Chini will try to seek Arto’s attention but he will ignore her. She will show him fake tears and there Kia will try to harm Imlie by pouring the hot tea on her but Arto will save her on time and tea will fall on his hand.

Chini will show fake concern to him but it will be of no use. Afterwards Chini will propose Abhishek and will give him a ring. They will hug each other and seeing that Arto will get down on his knees to propose Imlie. Chini will feel why Arto is not getting jealous.