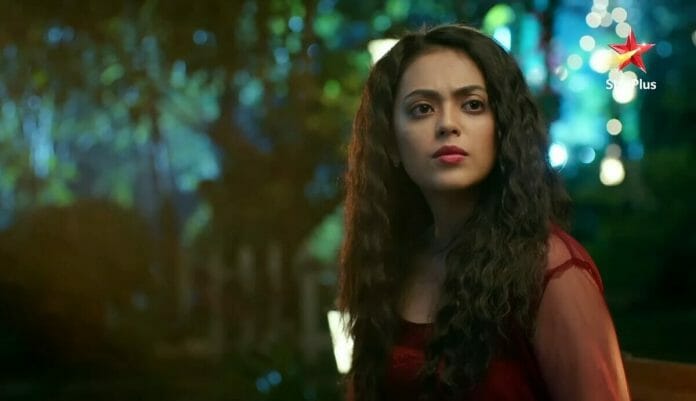 Previously it was shown that Arto got Anu’s call who seeked his urgent help to talk to Chini as the latter had a fight with Abhishek. Arto went to Chini for formality and she tried to hug him, Arto asked her to control her emotions as nothing is same like before. He suggested her to talk to Rupy about her problems with Chini. Chini blamed Abhishek for making her cry and Arto’s exit made her angry.

Later Imlie went to Rathod Mansion to find out how the house caught fire as Sundar never neglected any electricity problem. She found Chini’s nail and doubted her. Chini sent a text to Arto stating she is in trouble. There she called Abhishek at a tea stall and she questioned his charity work to anger him.

Abhishek left and Arto felt Chini was not wrong about Abhishek by looking at them from far. She started her emotional drama to get sympathy from Arto and he offered her lift. He also tried to inform Imlie about Chini’s matter. Imlie decided to talk to Chini about the fire accident.

In the upcoming episodes it will be seen Imlie will see Arto with Chini in his car. She will wait for them outside the Rana House. Arto will ask her why she was not receiving his calls. Imlie will throw questions at Chini as to why her nail part was near the fuse box.

Chini will try hard to gain sympathy from Rathods and Rana’s. She will avoid Abhishek’s call and Rupy will talk to him later. She will Chini’s text for Arto and will confront her for again going after Arto. Anu will appreciate Chini but Rupy will ask her to not separate Imlie and Arto this time.

Arto will try to explain why he met Chini but Imlie will stop him saying they will part ways soon so they should not get attached. Later Chini will make a pelmet fall on Rupy and lmlie to stop the truth from coming out. She will act like rescuing them.

Later Arto will think of telling about Chini’s text to Imlie. Afterwards, Chini will tell Imlie that first love can never be forgotten. Arto still loves her. Imlie will ask the same question to him and he will get confused.