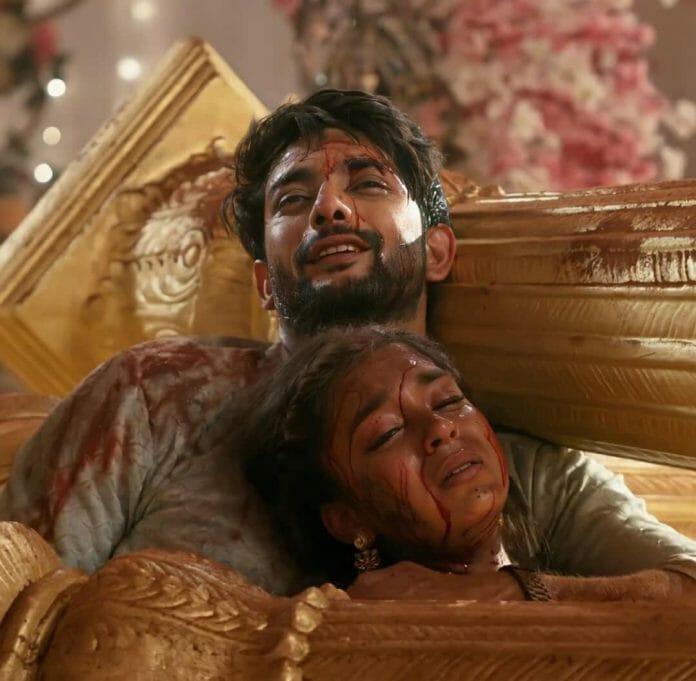 Star Plus popular show Imlie witnessed a five years leap. But makers are planning to make some big changes in the storyline and the leads Fahmaan Khan and Sumbul Toqueer have already finished their last day of shooting.

It’s indeed a disheartening news for Arylie fans. The news leads are introduced as Imlie and Chini in the show. It will be exciting to watch what’s in store for us.

Previously it was shown that Aryan told Imlie that he is ice and she melts him with her flame. They shared some romantic talk and suddenly Imlie started having labour pain. Aryan started panicking and Imlie told him not to take stress. He took her to the hospital and she gave birth to a baby girl.

Rathores got delighted and Aryan kissed Imlie’s forehead. Malini took sleeping pill and her strange behaviour scared Anu. Rathores performed aarti and Imlie Aryan decided to treat Chini and their daughter in equal way. Malini executed a blasting plan for one last time against Imlie before leaving for abroad.

In the upcoming episodes it will be seen Imlie will sense some kind of danger and Malini will fit a bomb in the mansion during naming ceremony of Imlie’s daughter. the bomb timer will get activated before Malini could leave.

Imlie now only loves her own child etc. Malini will tell Chini to snatch her rights from the world. She will die. Imlie and Aryan will tell Rathores to take care of their daughter and Chini.

They will die leaving everyone heartbroken. Imlie’s daughter Imlie will grow up along with Chini. They will have different thoughts about their mother.

What will be Imlie’s fate?