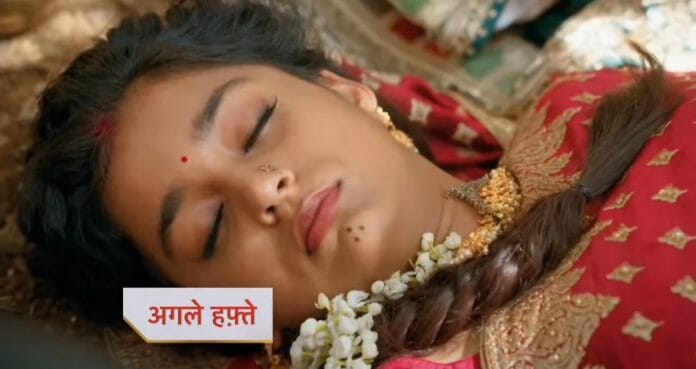 Previously it was shown that Narmada asked Imlie to perform the ritual but she called this a superstition. Narmada forcibly took her to a Babaji who called her a sinner saying she can’t get pregnant due to that reason. He asked her to slit her hand and give hundred drops of blood to get rid of her sins. She denied and told the people out there that they should not encourage all these practices because it is baseless and harmful for their kids too. A lady told her kid to stay away from Imlie. Narmada told Imlie to leave Aryan as she can’t give him a child. She taunted her using Aditya’s name. Imlie felt shattered hearing that.

In the upcoming episodes it will be seen that Imlie will be forced to perform the superstitious ritual and Nila will try to cut her hand. There Aryan will get to know from Jyoti that Imlie’s life is in danger. He will save her from the ritual. He will get disappointed with Narmada’s behaviour. She will justify her action and he will ask her how can she just forget logic and science everything. He will add Imlie is perfect and not giving birth to a child doesn’t define her weakness. He will try to cut his own hand and Narmada will stop him. Later he will thank Jyoti and he will promise Imlie that he will never leave her side. Afterwards Imlie will again perform a ritual and she will faint all of a sudden. Jyoti will be behind this. Aryan will learn that he can’t be a father.

How will Aryan react?