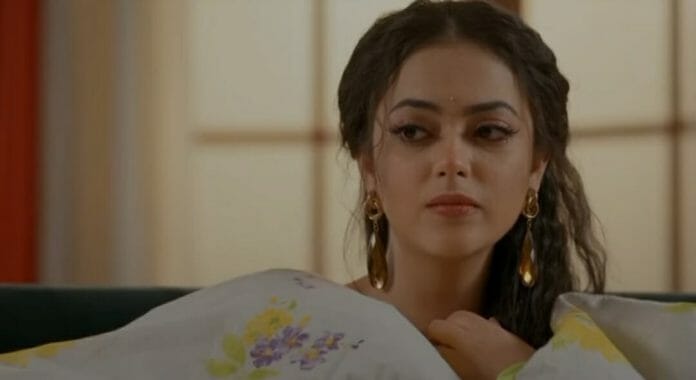 Previously it was shown that Chini borrowed a huge amount of money from her colleague Nisha to buy a designer dress. She lied to her about Meethi’s treatment. Arto confronted her about the spiked drink and Nisha came to know Chini lied to her

. She told her to return the money. Chini convinced Arto saying she borrowed the money to buy a gift for Imlie also she wanted to drink alcohol but Imlie drank it from her glass by mistake. Arto doubted that Imlie is not that bad how he feels.

But he also decided to leave Imlie in her maternal home after Pathphera thinking he only loves Chini. Kia and Divya felt jealous seeing lots of gifts for Rathores. Later Imlie shared about her bond with Ranas to Arto. He felt she is attached to them.

In the upcoming episodes it will be seen Imlie will be joking about Atharv and then Chini will start sneezing after smelling lotuses to execute her plan. Imlie will scold her for neglecting her profession and also she will find out Chini ate ice cubes to fall sick.

Chini will lie that she took leaves but she didn’t skip work. She wanted to buy gift for Imlie. Arto will fall for Chini’s words. Later he will be eager to reveal the truth to Imlie but Chini will stop him saying until she gets her rights back from Imlie, he can’t tell her the truth.

Imlie will wish to stay at her maternal home for one day and Arto will stay with her. Arto will like Imlie’s kindness towards the orphans. Afterwards, Arto and Imlie will share some intimacy under the shower.