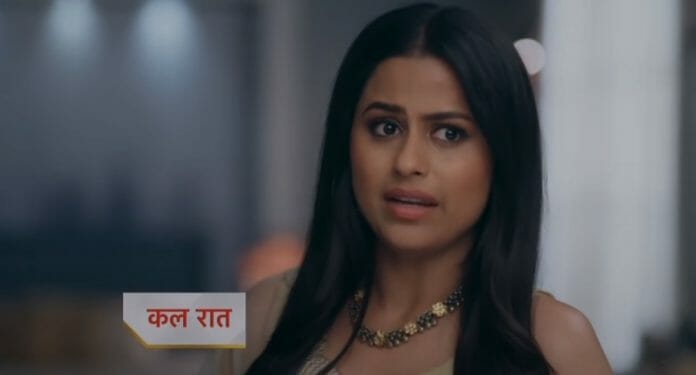 Previously it was shown that Imlie kept fast for Aryan and went to perform the Puja. There Aryan went to office with Jyoti and thought of selecting a gift for Imlie. Jyoti tried to provoke him using Madhav’s name that Imlie is hiding something from him. But Aryan rather focused on what would be the perfect gift for Imlie. Imlie fainted and a lady revealed she is pregnant. Doctor’s reports told the same. Narmada got overjoyed. Imlie decided to surprise Aryan. Later Jyoti set the kitchen on fire in order to kill Imlie but Aryan saved Imlie and got stuck in the kitchen. Imlie risked her life to help him come out.

In the upcoming episodes it will be seen that Imlie will inform Aryan that she is pregnant and four doctors have verified it. Aryan will get delighted but then he will shockingly get his fertility reports that he can’t become a father. He will again conduct a test and there Jyoti will get a golden opportunity to manipulate Aryan against Imlie and Madhav. Rathores will celebrate the moment and will plan for Imlie’s baby shower. Aryan will get his reports and it will again say that he is infertile. He will feel disheartened. Later Jyoti will provoke him saying she gets negative vibes from Madhav. Madhav will come to congratulate Imlie and will bring laddoos for her.