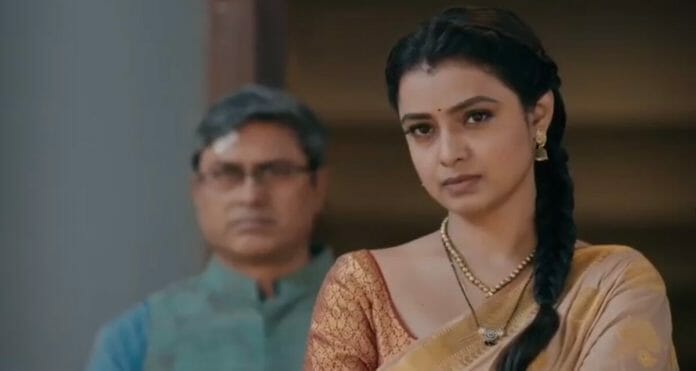 Star plus popular show Imlie will gear up for something interesting. Tripathis are trying to arrange money to pay the debt and Malini taunts Harish which angers Aparna. Imlie reaches Tripathi house but Aditya will misbehave with her out of jealousy. Will Aryan stop Aditya that will be exciting to watch.

Previously it was shown that Aditya gave his resignation letter to Imlie and informed his family that he can’t work in a place where his ex wife hurts him with her boyfriend. Aparna tried to make him understand his fault but in vain. Aryan went to see Imlie is working in the office or not. Tripathis learned about Harish’s huge debt and there Imlie also learned from Aparna that something is wrong. She left office and Aryan went to stop her from facing humiliation which made Arpita realise that he loves Imlie. Malini blamed Harish for his wrong decision of mortgaging the house and Aparna scolded her. Imlie will come to Tripathi house

In the upcoming episodes it will be seen that Aditya will try to throw Imlie out when she will ask about the problem. Malini will taunt Imlie and Aditya will ask her to leave saying she lost all rights to interfere in his family matter. Malini will push away Imlie and Aryan will save her. Aryan will tell her about the loan. Imlie will tear Aditya’s resignation letter saying Tripathis need his job right now. Aryan will give time to Aditya to rethink about his decision. Malini will claim that Anu will pay off the loan but Tripathis will object. Aditya will refuse to take help from Imlie and Aryan. Aryan will tell Imlie to leave if she has self respect. Aparna will apologise to Imlie on Aditya’s behalf. Malini will decide to separate Aditya from his family. Later Aryan will buy Tripathi house by giving 5 crores which will shock Imlie. Imlie will ask him a friend can not do this so does he love her?