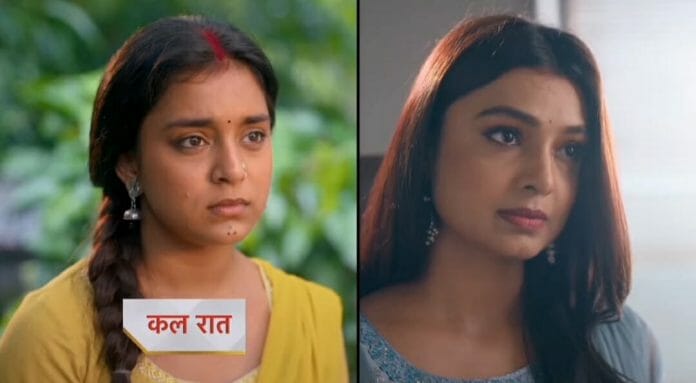 Star Plus popular show Imlie will witness a five years leap soon. In current track Imlie and Aryan lost their baby and they are blaming each other for the loss. After leap Imlie will be shooting a video with Aditya’s daughter Cheeni. Viewers will get to see a lovely bond between Imlie and Cheeni. It will be exciting to watch what’s in store for us.

Previously it was shown that Imlie attacked the men bravely but they broke her camera. Cheeni scared the men by using fake siren sound. Police arrived and caught the criminals. Cheeni revealed she attached two more cameras to collect the proofs. There Aryan was seen fighting with some men on road during rainfall. He got beaten and fell down. He then punched the person and came back home in injured state. Narmada and Arpita worried for him. Arpita blamed him for his own downfall. Imlie got emotional after hearing city’s name. Cheeni asked her the reason. Imlie and Cheeni were seen sharing a great bond with each other.

In the upcoming episodes it will be seen that Arpita’s son Jaggu will try to play with Aryan but he will feel sleepy. Accidentally a box will fall down and Aryan will get furious seeing his and Imlie’s pictures there. He will scold the servants but Arpita will tell him accept the fact that he still loves Imlie. Aryan will burn all stuffs related to Imlie. He will call her just ash who burnt his dreams. There it will be revealed that Malini bought fifty percent shares of Bhaskar Times and Anu will plan to get Malini married to Aryan for Malini’s secure future. Imlie will save a village girl called Binni from a forced marriage. She will convince the Panch to trust Binni and the lewd guy will get arrested for locking Binni in room whole night. Cheeni will record the whole incident. Malini will decide to destroy Pagdandiya which snatched her husband and father both. Imlie will decide to protect her village from anything evil.

When will Imlie meet Aryan?