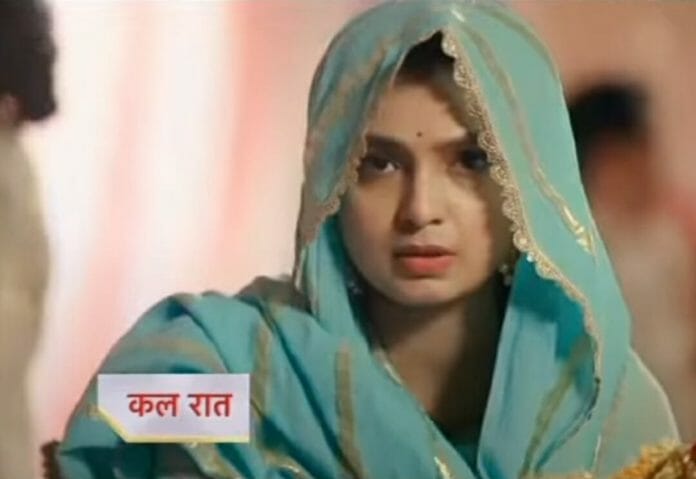 Star Plus popular show Imlie witnessed a five years leap. But makers are planning to make some big changes in the storyline and the leads Fahmaan Khan and Sumbul Toqueer have already finished their last day of shooting.

It’s indeed a disheartening news for Arylie fans and also exciting at the same time to see who will be the new leads and what will be the upcoming story.

Previously it was shown that Malini came to Mandap to marry Aryan. Chini stapled her dupatta to stop her from moving forward. Anu and Malini noticed all the recruits of them they hired previously to harm either Chini or Imlie.

Those people exposed Malini’s scams in the office and crimes one by one. Preeta and Nila revealed that they gave their numbers to Imlie and she called them here. Aryan and Rathores got shocked to know everything. Malini turned agressive and she blamed Imlie saying why the latter has to love everything that belongs to her.

Imlie also revealed how she left Chini alone at the temple. Aryan saved Imlie from Malini’s attack. Malini laughed insanely and called Imlie as fool for trying to become heroine.

In the upcoming episodes it will be seen Malini will call Imlie idiot for not knowing the complete truth about her yet. She will reveal that how she locked Imlie and Aryan in room to brainwash Aditya and then she left her three months old kid to trap Imlie.

Imlie still found a reason to be happy and Malini feels she became villain because of her. Malini will reveal how she even pushed the pram and because of her Imlie lost Chiku. Aryan will get mad at Malini and later he will not get her arrested for Chini’s sake.

Chini will clear Aryan’s doubts that she made them drink bhaang that’s why he and Imlie ended up in hut. Aryan will understand Imlie is carrying his child. He will perform her aarti and will welcome her in the mansion. Imlie will thank Nila and Preeta for their help.

Preeta will get emotional. Aryan will apologise to Imlie and the latter will tell him to not blame himself. Malini will execute a blasting plan again for one last time against Imlie. She will fit a bomb in the mansion during puja.

Will Aryan and Imlie die in the blast?