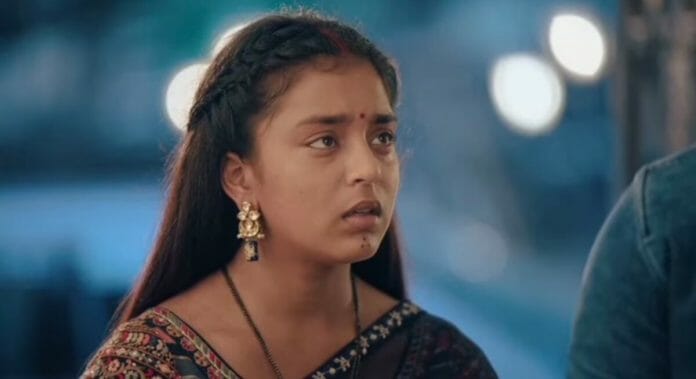 Star Plus popular show Imlie will witness a turning point in the story soon. As per latest promo, Imlie will soon welcome her first child but unfortunately Aryan will be informed by the doctor that he can’t become a father. He will be in shock. Will this news separate Aryan and Imlie forever? Will Aryan doubt Imlie? How will Imlie raise her kid? that will be exciting to watch.

Previously it was shown that Aryan left to find Imlie ignoring Narmada’s words. Aryan met Imlie and they hugged each other. Imlie said that she is not right for him. She got upset and told that Narmada is right in her place and she has got the stain on her character forever which can’t be removed. Aryan told her not to question herself just because world thinks bad about her. Later he told about making her life colorful so that her past never haunts her. She asked him why he is doing so much for her. He asked her why she is silent hearing all the accusations. There Nila manipulated Narmada saying Imlie is cunning and she can even separate Narmada and Aryan. She suggested Narmada to stop Imlie from doing her job.

In the upcoming episodes it will be seen Narmada will ask Imlie to leave her job but Aryan will object saying she won’t lose her identity just because she is his wife. He will tell her how Imlie does everything for his family selflessly but Narmada is not appreciating her. Later Imlie will tell Aryan that he should not have argued with Narmada. He will ask her not to sacrifice her dream for anyone. Jyoti will get angry as Aryan only thanked her and gave importance to Imlie. Later Imlie will teach lesson to Nila and Gudiya for manipulating Narmada. Imlie will give head massage to Aryan. Afterwards, Imlie will ask for a chance from Narmada but the latter will not forgive her. She will talk about taking back all rights from Imlie which she gave her. Imlie will get disheartened.

Will Imlie realise she loves Aryan?

Will Narmada realise her mistake?