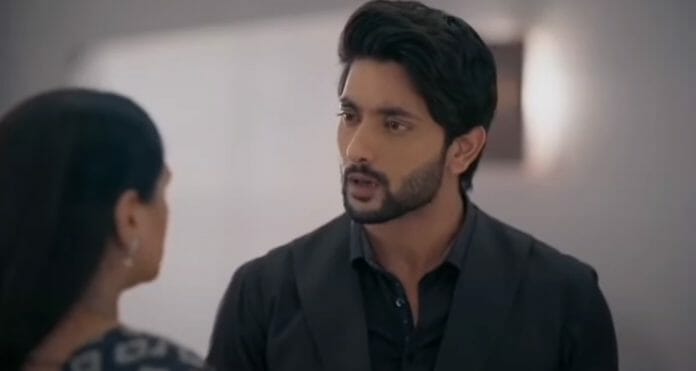 Previously it was shown that Imlie was forced to perform the superstitious ritual and Nila tried to cut her hand. There Aryan got to know from Jyoti that Imlie’s life is in danger. He saved her from the ritual. He got disappointed with Narmada’s behaviour. She justified her action and he asked her how can she just forget logic and science everything. He added Imlie is perfect and not giving birth to a child doesn’t define her weakness. He tried to cut his own hand and Narmada stopped him. Later he thanked Jyoti and he promised Imlie that he will never leave her side.

In the upcoming episodes it will be seen that Jyoti will give supplements to Imlie to make her infertile slowly and will tell her to take it after a meal daily. Jyoti will act good in front of Narmada saying she is trying to cure Imlie’s infertility issue by giving her medicine. Aryan will ask Imlie to adopt a orphanage kid but Imlie will decide to take Arpita and Narmada’s permission first. Narmada will again accuse Imlie saying she brainwashed Aryan to adopt an unnamed kid but Narmada won’t let that happen. Narmada will ask Aryan to marry another girl. He will shut her up saying he gave Imlie the idea about adoption and he wanted to take the orphanage under Arvind foundation nothing else. Jyoti will get irked seeing Imlie and Aryan’s closeness. Afterwards Imlie will again perform a ritual and she will faint all of a sudden. Jyoti will be behind this. Aryan will learn that he can’t become a father.

Will Imlie take the medicine?