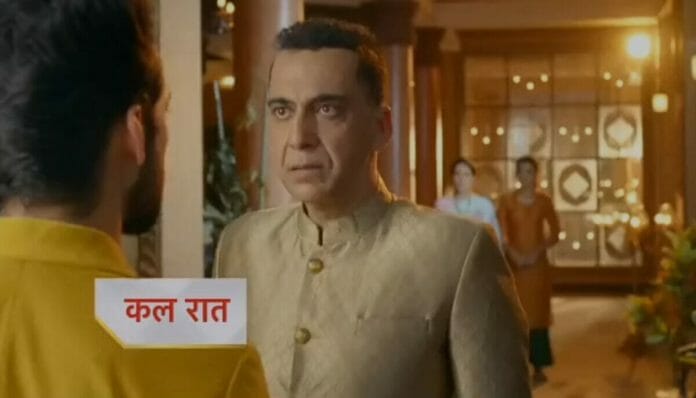 Previously it was shown that Imlie shared with Atharv about her mother’s birthday, how she celebrates that with the orphan kids. Arto appreciated her efforts and Chini felt like he is attracted to her. Afterwards, Arto and Imlie shared some intimacy under the shower during power cut. Chini tried to distract them by coughing.

Imlie entertained the kids being joker. He also played DJ songs to make the kids happy. He thought Imlie is like a puzzle for him, he doesn’t know if she is bad or good but he likes her company.

In the upcoming episodes it will be seen Chini will feel jealous seeing Arto and Imlie’s dance. She will cut the vegetables angrily in the kitchen but Arto will stop her. Chini will act like she was making food for the kids while Imlie is only enjoying. Arto will show his love to Chini and later Imlie will tell him that she will give Chini the responsibility to be the head of Bhaskar Times.

Arto will decide to not keep Imlie in dark anymore. He will tell her to stay at Rathore Mansion and will leave for home. Imlie will get scolded by Shivani and Imlie will feel if Atharv is upset due to that. He will tell her that she won’t get love or respect in his house thus he left her. Rudra will get to know from Chini what Arto did.

He will not let him come in. Arto will argue with him saying he doesn’t love Imlie so he left her. Rudra will close the door on his face. Arto will leave adamantly. Later Jatin will threaten Chini to expose her truth to Arto and she will be confident that Arto left Imlie and he will not take her back home.