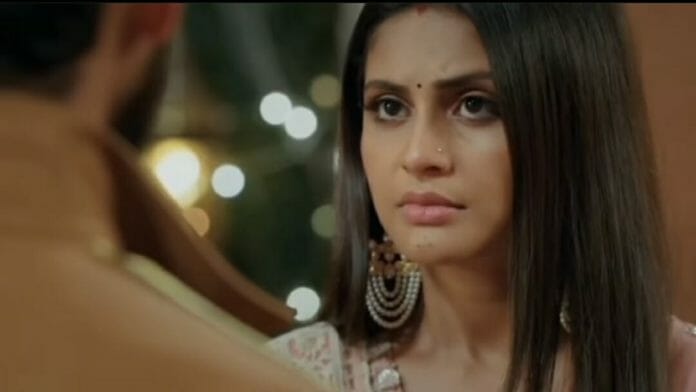 Previously it was shown that Chini felt like she is left alone by Imlie again. She cancelled her meeting with Abhishek. There Arto and Imlie celebrated the new year with his fans. Manager praised Imlie’s poem recitation and Arto assumed she memorized Chini’s poetry.

Imlie finally cleared his confusion that she is the poet not Chini. She was not surprised as Chini is selfish. Arto felt guilty for failing to see the truth and trusting Chini. Imlie rebuked Chini for trying to snatch her existence, husband and everything shamelessly.

Imlie said to Arto that she won’t write poems again which upset him. Imlie went on a field trip and Kia decided to devise a plan.

In the upcoming episodes it will be seen Imlie will be excited to go on her field trip and Arto will ask her to sing a lullaby for him as he is unable to sleep. She will recite two poems for him on his request. She will try to leave for work but Shivani will ask her to make Prasad for Puja. Kia will recall how she provoked Shivani to hold the puja.

Arto will feel Imlie is wasting her time and Imlie will get scolded by her senior for not reaching the location yet. Imlie will make Prasad and there Chini will scold Abhishek for giving his half earning to charity.

Shivani will order Imlie to sing Bhajan and Arto will object saying she is getting late. Shivani will taunt her for focusing on her unpaid job. Rudra and Devika will support Imlie and will ask her to leave.

Imlie will decide to sing bhajan. Later Imlie will give speech to villagers in their language. Chini will insult her saying she was thrown out of the school and has no knowledge. Arto will stop Chini from insulting her and will ask her to apologise to Imlie.