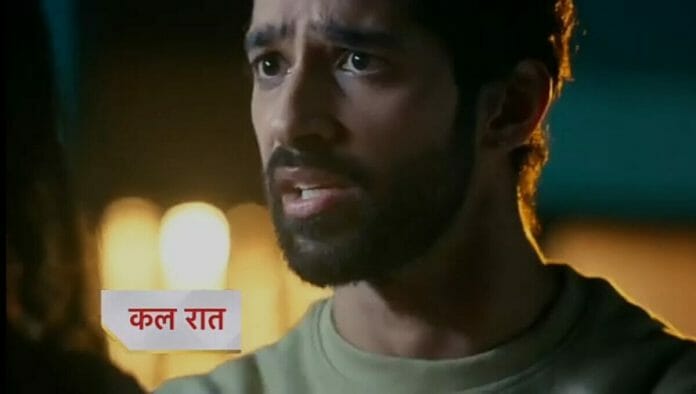 Previously it was shown that Imlie talked to Rudra and told the latter that she believes Atharv will come back to take her home. She went to Atharv’s studio with food and there Chini also went to Arto to show her fake concern. Arto got delighted seeing her but Rudra cut the electricity of his studio and Chini left him after acting like feeling dizzy.

Imlie went to feed food to Arto though he tried to explain why he left her. There Jatin reached studio after she refused to give him more money. Jatin set Atharv’s studio on fire and Imlie was stuck there to fix the fuse. Arto came to Chini who was hiding from Jatin. Later he rushed to save Imlie from the fire.

In the upcoming episodes it will be seen Imlie will save Atharv’s instruments from burning by taking risk. Arto will save her and then he will try to explain the latter he doesn’t love her but Imlie will falter and he will lift her up. He will take her to Rana Mansion.

Chini will confront Jatin for setting the studio on fire and he will threaten Chini to expose her truth to Arto and she will be confident that Arto left Imlie and he will not take her back home. He will show her some intimate pictures of Chini and Arto. Shivani and Divya will again blame Imlie’s jinx and Arto will defend her.

Later Chini will get shocked to know Imlie is in Rana Mansion. She will meet Arto to ask him why is Imlie there? Arto will be upset as Chini left him alone.

Chini will say she couldn’t go to see him else Imlie would have doubted them. She will ask him to choose either Imlie or she. Arto will not be able to believe that Imlie can be bad.