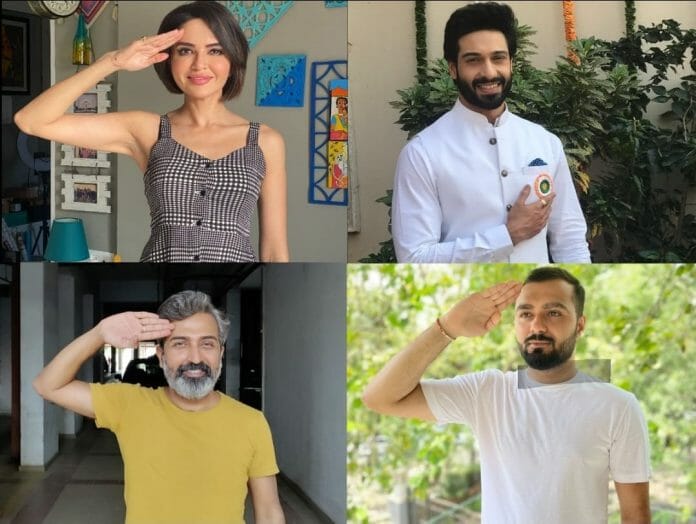 Ahead of Independence Day On August 15, celebrities have shared what being independent means to them.

Here’s what they said:

Independence for me is having the freedom to live your life the way you want to, but at the same time being responsible for your own actions. I have been a fan of Bhagat Singh. At a young age like his, having that kind of love for the nation is commendable. For me, he was a hero. My favourite patriotic song is “Mere Desh Ki Mitti”.

Freedom is the choice to live your life doing what you want, to live where you want to, to eat by choice and to learn what your heart desires. This means that freedom can apply to different aspects of life and that freedom is not just a term. Freedom is about ensuring respect. After seven decades, I feel that we have become independent. We have come a long way and apart from freedom of speech, we have several fundamental rights. My favourite freedom fighter is Bhagat Singhji. He lived like a warrior. My favourite song is “Mera Rang De Basanti Chola”.

Independence means everything to me. Independence is our freedom to live and speak freely, to live the life that we desire. Freedom is actually everything. If there is no freedom there’s nothing. I think it’s most important for human survival. We are not animals, who can’t live in captivity. My most favourite freedom fighter is Mangal Pandey. We’ve known his story, what he has done and also after watching the film on him, I think he kind of stayed in my head. There are others, who also inspire me, Bhagat Singh, Lala Lajpat Rai, Chandrashekhar Azad and so on, who sacrificed their lives and fought for the country. Their contribution is the reason why we are leading this free life. My favourite patriotic song is Vande Mataram. We’ve been singing it since we were children. Way back in school, we used to start our day with Jana Gana Mana and sang Vande Mataram when school got over. For years we practiced this ritual.

Independence means everything to me. Freedom is everything, we are not controlled by any other power, person or country. We Indians are controlling India and its future. The iron man of India, Sardar Vallabhbhai Patel, is my favourite freedom fighter. He is all about unity. If we are all united then nothing can defeat us. “Teri Mitti” and “Maa Tujhe Salaam” are the two songs that make me feel very patriotic and give me goosebumps on any given day. Pandemic has changed the way we think about life and career. New perspectives matter.