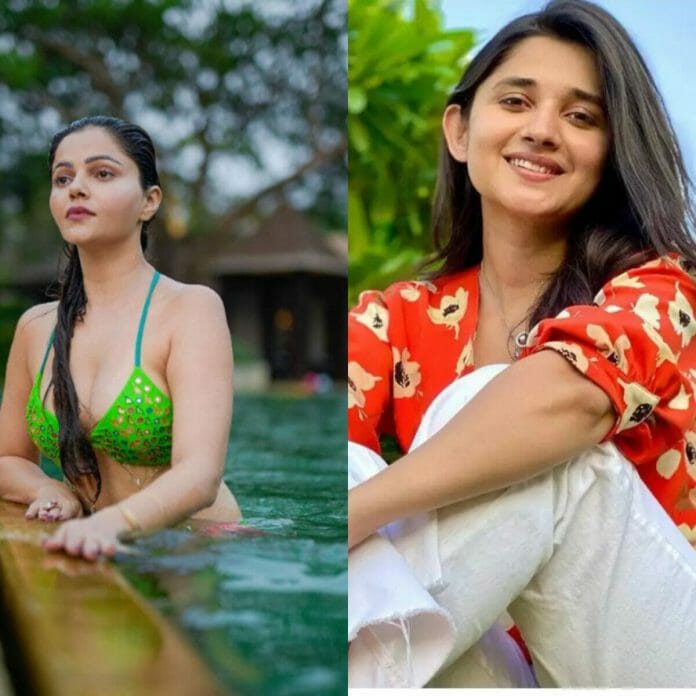 Guddan Tumse Na Ho Payega fame Kanika Mann is making headlines with her performance in Khataron Ke Khiladi 12. The actress is acing the stunts but in the latest episode she was tagged as a liar.

Reportedly, Rubina expressed her unhappiness and passed a statement that ..Losing with honestly is much better than winning with dishonesty. Kanika won the final round post claiming that she is a non-driver. Actress surprised her fellow contenders by acing the car stunt and winning the task. Earlier she claimed that she doesn’t know how to swim, later won the swimming task as well.

Kanika’s lie didn’t went well with Rubina Dilaik. Both the actress had a spat on the sets of Khataron Ke Khiladi12. Kanika fans supported the actress. While, Rubina fans called her a liar. Read out tweets

Kanika supporter quoted “It was #MohitMalik over confidence which let him down in car stunt yesterday, he should have more focused on him how to do rather than given importance to #KanikaMann on driving issue..Better to concentrate on urs own instead giving baggage to others & then call Dishonest & Liar”

Never she mentioned that she doesnt know driving.She just mentioned I don’t drive frequently.What’s there in dishonesty here.She is not an attention seeker here.She is giving her best.May be people are jealous looking at her.Its good be self confident rather being over confident

Was a fan of #RubinaDilaik , supported her in bb14 but her dishonesty comment on #KanikaMann was so unnecessary. Just because she said she doesn’t know how to drive properly .. Rubina had no right to say such things. Disappointed #KKK12

Rubina fans supported the actress and quoted against Kanika

Share your views on Rubina and Kanika’s fight. Do you think Kanika is playing mind game in Khataron Ke Khiladi 12.

Follow us for more TV serial news and spoilers