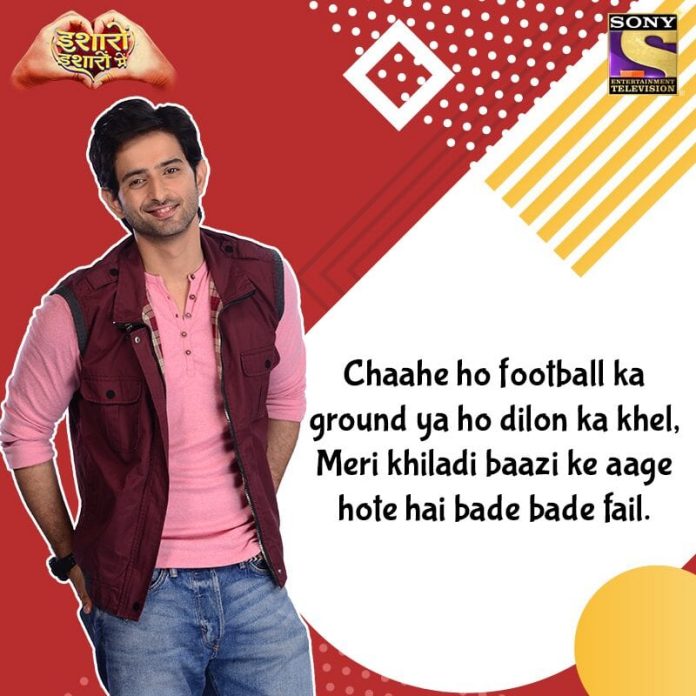 Episode starts with Gunjan wakesup because of alarm and notices Yogi is missing, she goes to terrace and notices Yogi practising the football and smiles. Yogi notice her and Gunjan signs him awesome. Yogi kicks the ball but it mistakenly breaks neighbours window. Gunjan shows the damage to Yogi and both hides seeing the neighbour comes out and scolds the one who caused the damage.

Next day Neha talks with her hospital members but gets interrupted by calling bell and she gets surprised seeing Pari with Football. Neha asks Pari why she didn’t inform her about the visit. Pari says it’s called surprise. Neha asks what are you doing with ball. Pari says some kids are playing and they kicked the ball on me so I bought it with me. Neha sats Yogi is not playing right. Pari stays silent and diverts the topic.

after getting her voice right. Pari says silent and says I always want him to be successful and he can’t talk but want to witness his happiness once Gunjan talks with him.

Rani and Kusum says to Yogi that today you have to eat jilabi and poori. Yogi says I can’t. Prakash asks them to serve. Bablu and Surjit brings 12 eggs and Milk to Yogi for protein diet. Prakash gets shocked and asks who send this milk. Moin says I send the milk. Prakash says I won’t give money for this milk.

Moin says everything won’t run because of money and Yogi is like my son and I want him to perform better so it’s free from me. Prakash says so you planned to take credit of Yogi victory infront of society. Moin says it’s for Yogi and warns him to stay away.

Gunjan says Yogi needs Protein diet and he practiced upto 3am. Kusum gets surprised and asks Prakash to allow Moin bhai milk. Prakash says it’s not needed to practice in the night Yogi because i will take care of shop and you have to practice for matches. Yogi hugs him happily. Prakash asks Bablu and Surjit to help Yogi. They agrees.

Yogi practices in the ground with players but he fell down because of other players. Coach says I already told you you can’t do it and you deserve to sit in bench. Yogi sits on the bench in sad mood. Surjit and Bablu consoles him.

Precap – Dadaji kicks the ball and it lands on Dadi and she drops the glasses. Sujoy meets Pari and she asks him are you in touch with Yogi. Sujoy nods yes.