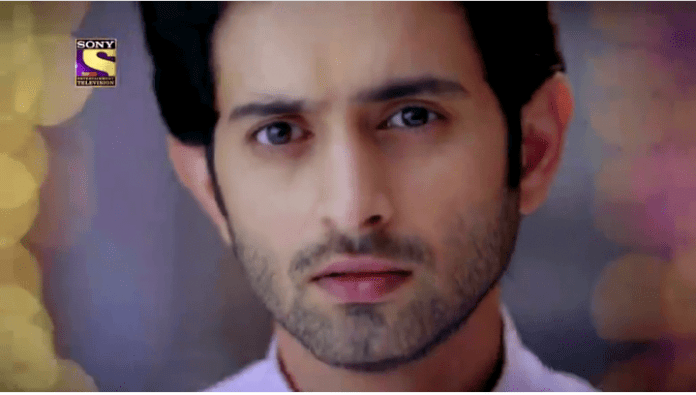 As reported earlier Elders asks Pari to marry and discusses about who’s good for her. To escape from the she lies having boyfriend. Later Pari notices Gunjan is crying and goes to Gunjan’s room and asks her why are you crying. Gunjan says it’s just moodswing and discusses about her fears. Pari consoles and assures her she will leave in 2days.

At Shiv house Shiv,Seema asks Yogi to send Pari if he wants to keep Gunjan away from tension during pregnancy. When Yogi about to answer Chauhan enters and asks Shiv how dare he is to impose stay order his contract. Shiv says seems like you don’t know your son is suspended. Chauhan about to hurt Shiv but Yogi stops him. Chauhan misbehaves and taunts Yogi. Shiv warns him send to police station and asks him him get ready for committee enquiry.

In the upcoming episodes viewers gonna witness that Pradeep Chauhan warns that Shiv did wrong and if my son lost his job then your son may die or Seema Bhabhi may became widow. Shiv asks Chauhan to think about his son. Pradeep says i will appoint best lawyer and release my son from jail but I heard your daughter is Gunjan what if something happens to Gunjan or her baby. Everyone gets shocked. Yogi warns him to stay away from his wife. Yogi gets worried and rushes to Gunjan but he gets stunned seeing her in tears.

Can Yogi understand the reason behind Gunjan tears? How will Yogi protect Gunjan from Chauhan?