The episode starts with Riddhima finding a letter in the doll. In the letter it’s written “why did you kill me mama?”. Riddhima looks shocked. The family comes there. Vyom watches this hidding and wonders who else knows about Riddhima’s secret.
Ishani asks what this is. Riddhima says that she doesn’t know about this doll. Ishani asks Riddhima if she called of them to show this and they all shows Riddhima’s message in their phone. Riddhima denies it. The doll starts saying liar. Ishani says that even the doll knows Riddhima is a liar and leaves with others. Riddhima tells Dadi that she hasn’t done this. Dadi reminds her that she’s pregnant and she should stay away from such things. Dadi then reminds Riddhima that the morning officer from the bank will come to get her sign and leaves. Riddhima also leaves. Ishani comes there and leaves taking the doll.

The morning, Riddhima signs the documents and leaves. Chanchal asks Dadi about that documents. Dadi says that Vansh made a trust worth of 100 crores on his baby’s name and made Riddhima its nominee. Her signature is needed every month on the papers related to the trust. Chanchal gets stunned hearing this.

Riddhima is in her room. She says that Sia must’ve given that letter to Vyom, but Vyom wouldn’t have sent that baby doll and deduces that it must be Black Mamba’s work. She remembers chasing the person in hoodie. Riddhima says that Gayu told that Black Mamba is someone from her family and wonders who it could be. Chanchal comes to Riddhima with juice for Riddhima and says that pregnant woman should take care of herself. Chanchal intentionally pours the juice over Riddhima’s dress. The latter goes to the washroom to wash it off. In the meantime Chanchal searches in the drawer for any clues. She checks Riddhima’s purse and takes her tablets. Riddhima comes out of the washroom. Chanchal leaves asking Riddhima to rest.

Ishani is in the pool side and phones to the doll shop to learn who had bought the doll that Riddhima got last night and learns a man bought that doll. Angre comes out of the pool and asks Ishani with whom she was speaking over phone. Ishani tells Angre that the scary doll was bought by a man. The person in hoodie is watching them hiding. Angre tells that he bought that doll shocking Ishani. Ishani asks why he bought it. Angre explains that Vansh asked him to buy for Riddhima, but he couldn’t give her and he doesn’t know how it landed in the garden with the knife. Ishani says that Riddhima has some connection with that incident. Angre tells that whoever did that knew about Riddhima’s truth. Ishani asks him what truth. Angre tells that he thinks Riddhima is lying about her pregnancy and worried how Vansh will react knowing this. Ishani badmouths Riddhima. Angre tells that Riddhima must any compulsion to do like this and asks Ishani to promise him that she won’t disclose about this to anyone until he finds out the truth. Chanchal interrupts their talk and compliments their couple. She tells that she wants to talk with Ishani something important. Angre leaves from there. Angre wonders why Riddhima is doing like this and decides to find out the truth before Vansh learns about it.

Chanchal gives the tablets that she got from Riddhima’s bag. Ishani says that these tablets are prescribed for her when she had a miscarriage and shows her in the prescription slip. She adds that she is using her prescription so that no one find out her truth. Chanchal and Ishani decide to disclose the truth to Dadi right now.

Dadi tells Riddhima that Ishani and Chanchal accuse her of faking her pregnancy. Vyom sees this and thinks the situation seems tensed and wonder what’s happening. Dadi throws the prescription and asks Riddhima if she had a miscarriage. Chanchal and Ishani taunt Riddhima. Riddhima reminds Ishani that Vansh forbided her to interfere in her matter, but she will never mend her ways. She scolds Ishani for accusing her falsely. She denies of stealing the prescription. Chanchal tells that she got the prescription from Riddhima’s bag. Riddhima says that Chanchal checked her bag without her knowledge when she came to her room on the pretext of giving juice to her. Vyom says that Riddhima is smart and turns easily the table. Riddhima says that her baby is safe and asks if they have any proof that Chanchal got the prescription from her and she’s not cooking up any story. Chanchal denies it. Riddhima tells that she isn’t either cooking up any story and she is pregnant and her baby is safe. Riddhima asks Chanchal if she has anything else to say. Chanchal leaves.

Ishani tells Riddhima to do a test to prove she’s pregnant. Ishani tries to push Riddhima. Riddhima slaps Ishani and scolds her. Riddhima refuses to do any test and leaves.

Sara stops Riddhima and tells that she feels that Ishani telling the truth. Riddhima says that Ishani is lying. Sara says that she trusts her and she will stand her by side if any her family raise voice against her. She adds that if she gives her order, she can kill Chanchal and Ishani. She leaves. Riddhima thinks that things are getting complicated.
Riddhima sees the person in hoodie and runs after him, but he escapes.

Precap: Dadi confronts Riddhima and questions her about faking her pregnancy.
Riddhima showsdoctor’s report that states she is pregnant and her baby is safe. Dadi asks her to rest. Angre warns Riddhima that if she had taken any wrong step accidentally, this time Vansh would be able to handle himself. 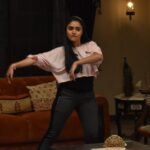 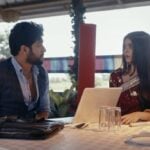 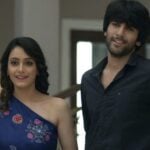