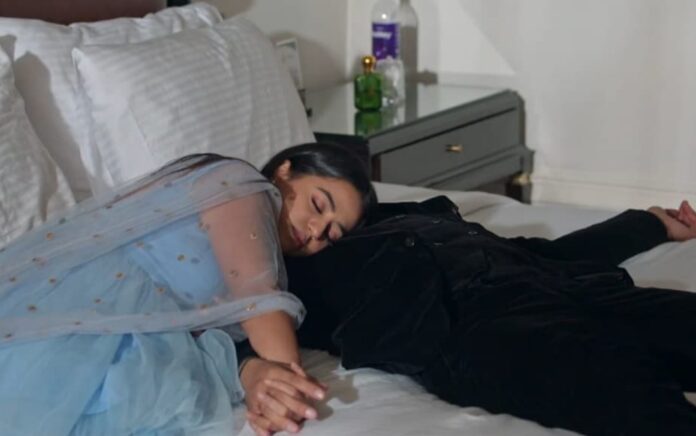 Voot Select’s most popular show Ishq Mein Marjawan 2 is all set for high voltage drama in the upcoming episode.

In the previous episode it was shown that Vansh drunk recalling Riddhima’s words. Angre questions Riddhima for whom she’s making fake documents. Riddhima refuses to answer his questions as it’s not concerned him. But Angre insists and holds Riddhima’s hand when she tries to leave.

Vansh gets furious on seeing this and shouts asking Angre to leave Riddhima’s hand. Vansh beats Angre with the belt for touching Riddhima. The latter stops Vansh and takes to his room. Vansh says that he will whoever will touch her and expresses his love for her and sleeps. Riddhima gets elated hearing this. The morning Vansh apologizes to Angre.

The latter says that he’s his brother and he has full rights on him. They hug. Later Riddhima met Vansh and wished him happy anniversary. She apologized to him and requested him to reconcile. Vansh asked her to answer his questions first.

In the upcoming episode it will be shown that Vansh will ask Riddhima why she tried to contact Thapa. Riddhima will lie that she wanted to make fake documents for herself since he told her to go away from him. Vansh will get mad and will tell that he’s giving her permission to leave him.

Where Riddhima went? Will Vansh be able to find Riddhima?

Stay tuned for latest updates of your favorite Hindi shows.