Voot Select’s much loved show is gearing up for high voltage drama with Vansh shouting at Riddhima.

In the previous episode it was seen that Riddhima confessed to Vansh that she sneaked into his office to get Thapa’s details and she called him. Angre asked her last night about the same. Vansh wanted to know for whom she made documents.

Riddhima lied for herself since Vansh didn’t want to see her face, so she thought to go away from him. Vansh got shocked hearing this. He shouted at her and said that she can’t leave him, she’s always his.

Angre advised Vansh to give Riddhima a chance to explain her point. Vansh said it was too late and asked him to get lost. Later Riddhima came to Vansh hoping to reconcile with Vansh while the latter was fuming in anger. Vansh shouted at Riddhima and told her to get lost of his life.

Ishani came to know that Vansh had a misunderstanding that Angre misbehaved with Riddhima and he beat him with the belt. A furious Ishani wanted to confront Vansh, but Angre stopped her and told that she shouldn’t say anything to Vansh giving his swear.

Ishani agrees but she thought of doing something with Riddhima. She phoned Thapa and got the number of the girl, lwho phoned Thapa using her identity. She realized it was Riddhima’s number. Vansh remembered whatever he told to Riddhima and went back to her room and got shocked realizing Riddhima really left.

In the upcoming episode it will shown that Angre will tell Vansh that he will try Riddhima’s number since she may not answer his call. Angre will tell that she’s not answering. Vansh will ask Angre to check CCTV footage and he will move out, but he will not notice Riddhima, who will be shouting for help.

Will Vansh save Riddhima in time? Will he reconcile with Riddhima? 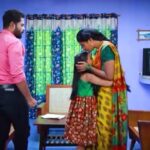 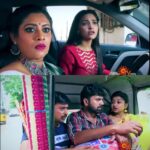