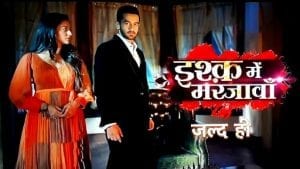 Ishq Mein Marjawan season 2 is a thriller drama that is revolving around Kabir, Riddhima and Vansh. Kabir is a CBI agent who wants a prove against Vansh so that he can arrest him for his deeds. While, Vansh is an over smart business tycoon who always makes his way out from Kabir’s trap. Kabir who missions to catch Vansh red-handed sends his girlfriend Riddhima into Vansh’s world to bring proofs against him.

#HappyBirthday: here is the list that makes Rrahul Sudhir a popular TV actor

6 Things every ardent fans will miss about Ishq Mein Marjawan

3 times when RIANSH set the screen on fire with their...

July 2, 2021
With Ishq Mein Marjawan heading towards its finale, fans are already missing the show. Helly Shah, Rrahul Sudhir and Vishal Vashishtha starrer is based...

June 24, 2021
Ishq Mein Marjawan 2 26th June 2021 Written Update on TellyExpress.com The episode starts with Vansh tells Riddhima that he will listen to her while...

June 21, 2021
Ishq Mein Marjawan 2 22nd June 2021 Written Update on TellyExpress.com The episode starts with Riddhima telling Angre that she can't do anything that will...