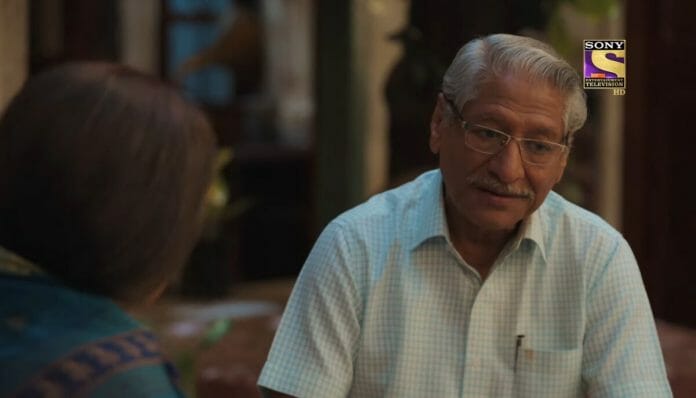 Jagannath Aur Purvi Ki Dosti Anokhi is seeing major drama with Alok doping Jagannath by keeping his house mortgaged, the truth get revealed to Jagannath and auction of the house begins. Kashi comes as a saviour and pays the amount due to Subodh, saving Jagannath’s house. With Jagnnath facing the challenge to repay Kashi, he decides to take a job for himself. It will be interesting to find out, how will things turn out for Jagannath in this new journey!

In the current track, Alok thinks of leaving the house when Gunjan stops him and taunts him for not even trying to repent for his mistakes. Next day, Kusum is shocked to know that their furnitures will also get sold. Kusum panics while Deepa calms her. Later, Kashi gets an idea to get the money. The auction starts and everyonr puts thier bids. Neighbours taunt Jagannath and Kusum. Just when the bid is about to get finalised when Kashi gives the 45 lakhs amount to Subodh. Subodh is shocked and badmouths all. Purvi slaps Subodh so he goes without saying anything. Jagannath praises Purvi. Later, when asked, Kashi reveals how he sold his business to get the money. Jagannath gets angry but understands Kashi’s feeling behind it. Jagannath asks Kusum to make his favourite dish. Kusum goes to kitchen and finds Gunjan and Deepa. Kusum indirectly asks both of then to go to their homes and continue their lives as they understand their life and jobs are there. Deepa goes to Isha to ask her to pack but Isha denies to leave. Deepa confronts Isha about liking Kashi for whom she is sacrificing her career and studies. Isha gets upset. Deepa says she won’t let her do the same mistake as her. Isha gets angry but at the same time helpless. Here, Jagannath tells Kusum that he went to bank and got to know he has 25 lakhs out of all the policies. Later, Isha goes to Kashi to start a start up with her. Kashi asks Purvi to understand about it. Isha gets upset and says she has thought something different about Purvi’s career and she had got an interview for her tomorrow. Next day, Jagannath gets ready for his job interview and Purvi for her. Jagannath learns how Purvi is auditioning for radio jockey role so he get apprehensive for it but Purvi asks him to give her a chance to see if this is a job for her. Jagannath agrees and goes with her to the interview place. Jagannath is shocked seeing the western culture among the crowds there so he further denies on Purvi working there but Purvi makes him understand how these people are morden. As it gets late, Purvi asks Jagannath to return after finishing his work as her interview has time. Jagannath goes.

In the upcoming episodes, Jagannath will go to a place looking for job. He will get rejected making him sad.