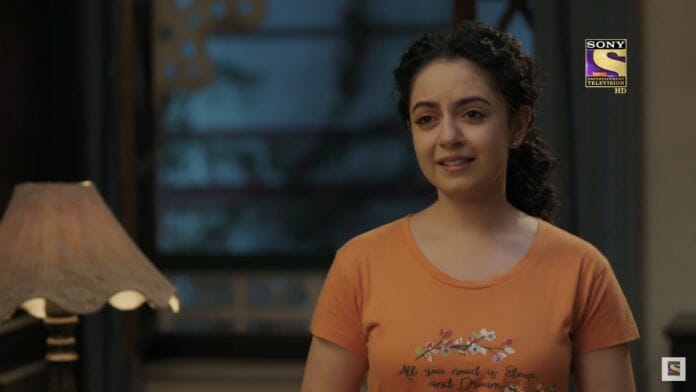 Jagannath Aur Purvi Ki Dosti Anokhi is seeing major drama with Alok doping Jagannath by keeping his house mortgaged, here Purvi becomes pregnant with Baby’s child. With Jagannath and Kusum shocked but ready to support Purvi, how will they decide on what to do with future of the unborn baby?

In the current track, Alok hears people saying things about Isha that she might also get pregnant being influenced by Purvi. Alok fights with them while Jagannath comes to take him. Alok tells Deepa all this and she also doubts if she should be on Purvi’s side anymore as she can’t see people raising questions over Isha. Here, Isha will write to authorities on social media about the issue and they write in favour of Purvi so Jagannath announces to the neighborhood that if any of them try to boycott them then they will complain to police. Next day, Deepa is shocked to know from Alok that he took loan from Subodh. She worries of Subodh tries to take their house because of recent conflicts. Here, Jagannath finds Purvi losing confidence due to yesterday’s incident so he gives her strength and goes to leave her in office and on their way he asks Purvi to take blessing from a temple situated just infront of Subodh’s shop. Jagannath encourages and motivates her. Here, Subodh gets to know how media now knows about Purvi and Babu’s scenario and is now blackmailing him. Purvi gets strength to go to work while Jagannath asks Kashi to always be with Purvi no matter what and protect her. Kashi assures Jagannath. Alok’s wife comes to India giving a surprise to Kusum and Alok. Subodh hires an assassin to kill Purvi. Later, Gunjan listens to Kusum talk about Subodh and connects the dot with how Alok took loan. Jagannath gets shocked to know this. Deepa is shocked to know Gunjan spilled their secret. Here, the goons follow Isha and Purvi when they go out with Kashi and Badri. Goons try to shoot Purvi but Isha gets hurt instead and everyone worries. Kashi and Alok go to complain in police station but they say it’s law and order case and it might not be intentional. Jagannath and Kusum share with Gunjan how they think Subodh tried to do this against Purvi but Isha got hurt instead. They decide to protect the girls and not let anyone know about this. Purvi hints Kashi how Isha likes him but he discards such thoughts from Purvi’s mind. Just then light goes off and Alok sees how only there power is cut. Few goons throw stones on Jagannath’s house and everyone gets scared. Whole family, including Purvi and Kashi get text messages saying how Purvi was the target but Isha got hurt and Jagannath’s family will now suffer. This worries all specially Deepa. Deepa packs Purvi’s clothes and drags Purvi near the gate and asks Kusum how can they think of Purvi and neglect Isha, Isha is their own and her life came to risk because of Purvi. Kusum tries to stop her but all in vain. Later, Jagannath steps up for supporting Purvi and takes a decision that Purvi will stay in the house and if anyone has issue they can leave. This shocks Deepa to the core. Later, Jagannath feels guilty to go against Deepa and family. Later, Purvi decides to leave the house without telling Jagannath and Kusum. She goes to Deepa and tells her about the decision. Deepa doesn’t react. Next day, Purvi goes to Kashi’s place where Dolly has made arrangements in Mumbai for her. Purvi says bye to Dolly, Kashi and Badri. Kashi asks Purvi to not go without telling Jagannath. Here, Alok is worried as he missed out the interest paying date and Kewal cheating him. Just then, Subodh comes to Jagannath’s house shocking all.

In the upcoming episodes, Subodh will tell Jagannath about Alok keeping their house on mortgage.