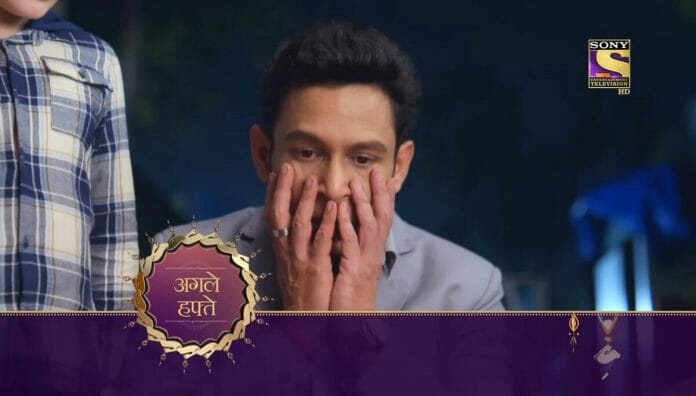 Sony TV’s popular show “Kaamna” currently deals with Akanksha trying to get back with Manav while Manav realised his feelings for Sakshi. Earlier its seen that Manav and Sakshi confessed their love for each other. Now it will be seen that Akanksha will fall in front of Manav’s car and will get hurt badly.

Akanksha hot angry at her mother for blessing Manav to be with Sakshi. Her mother called out her greedy behaviour and warned her to stay away from Manav’s life. Vaibhav video called Akanksha and made her watch Manav proposing Sakshi.

She also witnessed them exchange rings with Malti on video call. Manav puts the red dupatta on Sakshi’s head and Akanksha got extremely furious seeing it. She broke things and Swati learnt the reason for her anger.

She asked Akanksha to let Manav live happily with Sakshi if she really regretted her actions. Akanksha swore to separate Manav and Sakshi. Vaibhav saw Niharika tears and understood that she was thinking about their proposal.

He decided to get back with Niharika manipulating her. Holkar got disappointed upon learning that Niharika got Manav and Sakshi together. He wanted to separate them too.

In the future episodes we will witness, Akanksha will fall in front of Manav’s car and will get hurt badly. Everyone will get shocked seeing it while Vaibhav will enjoy the drama.