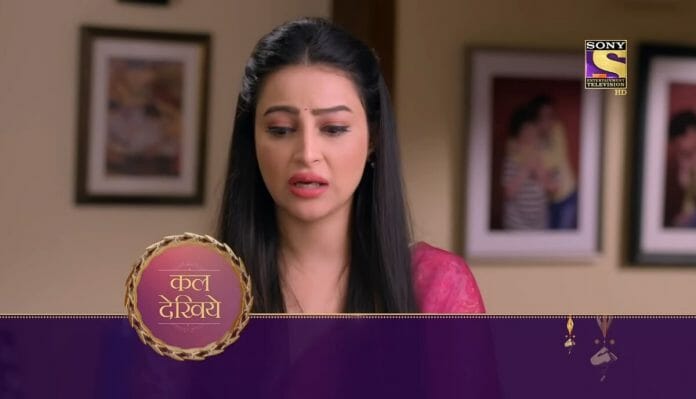 Sony TV’s newly launched show “Kaamna” currently deals with changing dynamics between Sakshi, Manav and Yadhu. Earlier its seen that Manav resigned his job. Now it will be seen that Akanksha and Yashoda to manipulate Yadhu.

Previously we have seen that, Manav resigned his job and Meera made Holkar understand what all Manav did to retrieve Niharika’s documents. Holkar apologised Manav but he furiously quit his job. Neha passed the news to Vaibhav who got happy hearing it. He burnt Manav’s photo celebrating his victory. Sakshi and Yadhu missed each other and Sakshi came to meet Yadhu unable to hold herself. Akanksha stopped her outside the house and insulted Sakshi. She showed proofs of her bonding with Yadhu using the same framed videos and Sakshi got heart-broken. She left the place and came to her house. Her groom proposed her outside her house and also taunted her for going to Manav’s house so late at night. Sakshi felt embarrassed. Akanksha taught Yadhu and badmouthed Sakshi angering Yadhu. He warned her to not say anything against Sakshi. Manav came back home and witnessed Yadhu bonding with Akanksha who was actually doing it for his sake. He revealed that he would be with him more time from now and asked Akanksha to take his permission before meeting Yadhu. Akanksha lashed out at him but Manav reminded her that he won Yadhu’s custody case and threw her out.

In the future episodes we will witness, Manav will surprise Yadhu by buying his old car. Akanksha will say Yadhu that Manav left his job and will soon lose their place of stay.