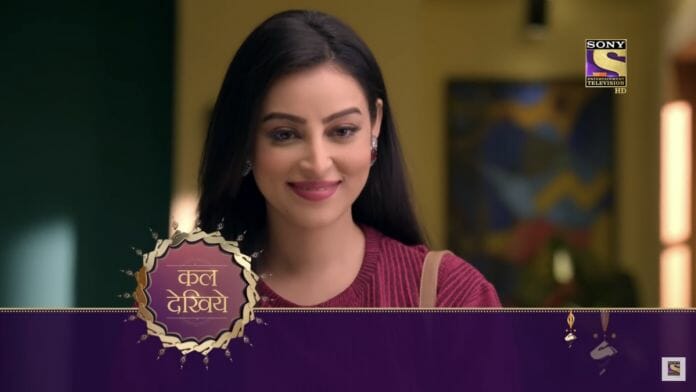 Sony TV’s newly launched show “Kaamna” currently deals with changing dynamics between Sakshi, Manav and Yadhu. Earlier its seen that Sakshi agreed for second marriage. Now it will be seen that Akanksha will meet Yadhu without Manav’s presence.

Previously we have seen that, Manav tried making Yadhu underside that Meera is not bad anymore but Yadhu refused to listen ti him. He accused Manav for sending Sakshi to bring all the wrong people home. Meera herself left understanding the situation. Next day, Manav tried making up with Yadhu but Yadhu still revolted against him. Manav called Sakshi for her help and Malti picked the call. She requested him to not disturb Sakshi further and also asked him to convince her for another marriage. Manav couldn’t concentrate in office work. At school, Yadhu broke Sakshi’s window in frustration and Ayesha informed it to Manav. Principal was about to suspend but Sakshi pleaded her not to. Manav visited Sakshi who advised him to find some caretaker and keep Yadhu’s grandmother at home so that he doesn’t feel lonely. Manav angrily ashed her to move on in life and rudely replied that he could take care of Yadhu.

In the future episodes we will witness, Akanksha will be at Manav’s home to meet with Yadhu. Manav will request Yadhu to meet with Akanksha alone as he will be stuck in a meeting. Yadhu will get frustrated.