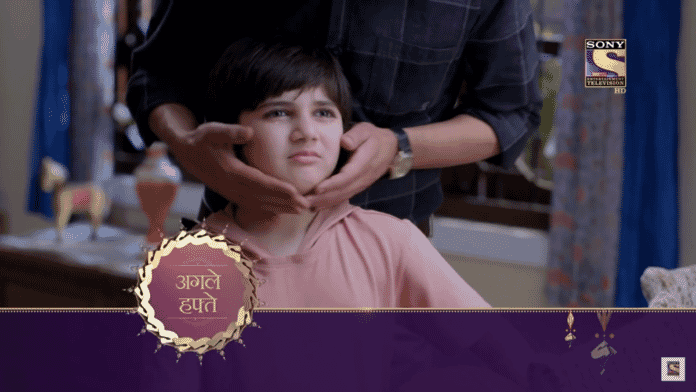 Sony TV’s newly launched show “Kaamna” currently deals with Vaibhav trying to trap Akanksha to separate her from Manav. Earlier its seen that Yadhu suffered due to Akanksha’s carelessness. Now it will be seen that Akanksha will slap Yadhu.

Previously we have seen that, Yadhu came back home to find it locked. Akanksha was busy in her rehearsal and didn’t pick Yadhu’s call. Vaibhav was fuming in jealousy seeing Akanksha’s co star flirting with her. Maya striked a deal with Vaibhav to help him get Akanksha. Manav got shocked after coming back home ad he found Yadhu shivering on floor. Manav took care of Yadhu and Akanksha apologized Yadhu for her carelessness. She paid no heed to Manav’s words who scolded her for her mistake but instead blamed Yadhu’s school for whatever happened. Manav found Yadhu’s marks falling and informed Akanksha about it. Akanksha wanted to hire a caretaker but Manav was against it. He wanted to bring Akanksha’s mother to take care of Yadhu instead of an outsider. Akanksha doesn’t have agree with him. They agains fought as Vaibhav called Akanksha at night.

In the future episodes we will witness, Vaibhav will fight with Akanksha’s Co star as he will behave inappropriate with her. Akanksha will get angry when Yadhu picks Vaibhav’s call and will slap him in fury. Manav will shout at Akanksha for her behaviour.

Is Akanksha going away from her family? Will Vaibhav succeed in his plan?

Will the differences increase between Manav and Akanksha? Will Vaibhav succeeds in his plan?

To know what will happen next in your favourite show “Kaamna”, stay tuned to this space