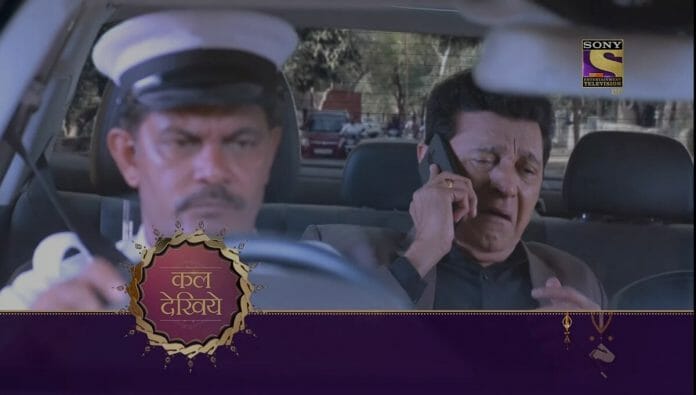 Previously we have seen that, Akanksha asked Vaibhav to sign the prenuptial agreement but Vaibhav postponed it saying that he need to consult with his lawyer before that. Akanksha agreed. A pooja was kept at Manav’s home and Sakshi was present there too. Holkar and Ayesha attended the pooja where Guruji told them to come with his daughter. Holkar told that she was not alive but Guruji told that she’s alive shocking everyone. Guruji checked Niharika’s horoscope and revealed that she was alive and asked them to find where she is. Manav doesn’t want to give false hope to Holkar and Ayesha and discussed with Sakshi.

Sakshi told that if Niharika’ was alive and still didn’t return then there would be only one person who got benefitted due to it and it was Vaibhav. Manav recalled seeing Vaibhav making large transactions from the time Niharika disappeared and wondered whether Vaibhav kept Niharika hidden. They got Babli’s message and Manav’s suspicion deepened.

He asked about Dr. Khale to Holkar but he has no clue about him. Manav suspected that Vaibhav would have kept Niharika alive just in case he may need her anytime and he would not continue doing so if the properties got transfered to his name.

Manav asked Holkar to get some papers ready which could hinder Vaibhav from getting holding of the properties and Holkar left to find it. Akanksha got spooked at night and was really scared. She couldn’t get in touch with Vaibhav or Babli too fir help. Manav assured Ayesha to bring her mother back to her if she was really alive.

In the future episodes we will witness, Holkar will send notice to Vaibhav from Niharika’s side. Holkar will call Manav and will emotionally share with him that Vaibhav got a fingerprint and it’s Niharika’s. Manav will say Ayesha that her mother is alive.

Will Akanksha and Vaibhav succeed in their plan ? Will Sakshi and Manav get married? Will Niharika comes back ?