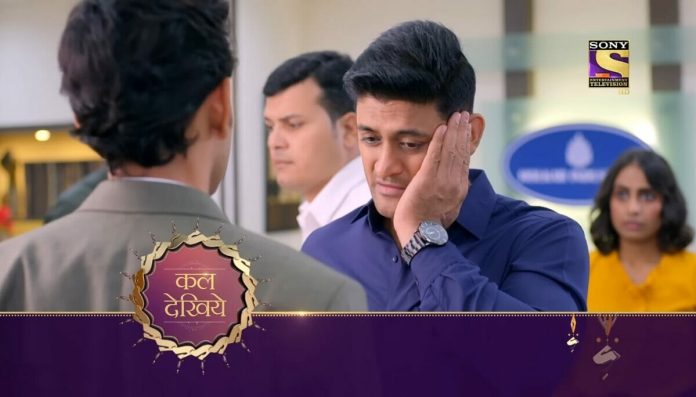 Sony TV’s popular show “Kaamna” currently deals with changing dynamics between Sakshi, Manav and Yadhu and Niharika’s return. Earlier its seen that Vaibhav tried to pull stunt in jail. Now it will be seen that Manav will slap Vaibhav.

Previously we have seen that, Niharika told Holkar and Manav that she wanted to punish Vaibhav herself and so hired him to work under her. Holkar got disappointed with her decision and left the office. Niharika asked Manav to understand her and Manav agreed to support half heartedly. Niharika appointed Vaibhav like a peon in her office to satisfy employee’s needs.

On the other hand, Akanksha pretended like she’s desperate to get back with Manav and Yadhu. Swati is in a dilemma. Babli made Akanksha do household chores. Niharika insulted Vaibhav by making him do trivial works but Vaibhav tolerated it all for getting his revenge against Niharika and Manav.

Sakshi complained Manav that the system in the office is really bad as Niharika was more focused in getting revenge over developing the company. Manav agreed with her and assured to guide Niharika. Niharika called Manav to share her doubt on hiring Sakshi as she was not satisfied with her recruitment list.

In the future episodes we will witness, Manav will slap Vaibhav. Niharika will shout Mr. Bajpayee. Sakshi will try explaining that Manav slapped him as he tried misbehaving with her. Niharika will ask Manav about his relationship with Sakshi.

Will Vaibhav escape from Jail? Will Akanksha get back with Manav? Will Manav choose Sakshi over Niharika?