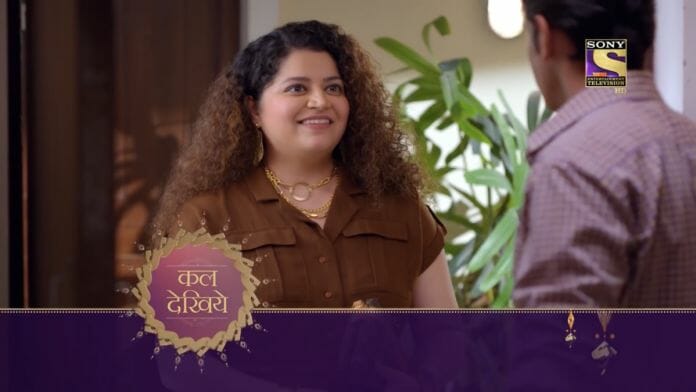 Sony TV’s newly launched show “Kaamna” currently deals with Akanksha left Manav for Vaibhav. Earlier its seen that Manav was frustrated to handle things . Now it will be seen that Maya will visit Manav.

Previously we have seen that, Vaibhav woke up Akanksha with flower petal shower and asked her to pack her bags for a trip. He wanted to spend time with each other to know better about one another. Akanksha agreed and wondered why Yadhu didn’t call her. Vaibhav feared Akanksha would catch him exchanging her Sim card but she didn’t. Manav caught Yadhu’s bus which did don’t stop in Yadhu’s stop and lashed out at driver. Yadhu’s bus mates mocked him for his father’s behaviour. Manav got frustrated seeing no) more works left at house while his Boss scolded him for his pending works. Rane visited Manav for Akanksha’s passport. Manav threw everything of Akanksha’s in a trash bag and sent it to Rane. Vaibhav asked Rane to dump the remaining stuffs except passport in Akanksha’s bungalow. Yadhu shared with his friend about missing his mother. His friend holds him about her mother’s death scaring Yadhu. Manav and his boss had a fight in the office and everyone got surprised seeing Manav’s behaviour. Yadhu came back home and asked Manav if his mother was dead.

In the future episodes we will witness, Vaibhav will give necklace to Akanksha and will say that rehearsal won’t happen anymore. Yadhu will lash out at Manav for not knowing about his likes like Akanksha. Maya will visit Manav.

How will Manav make Yadhu understand? Will Akanksha come back to Manav?