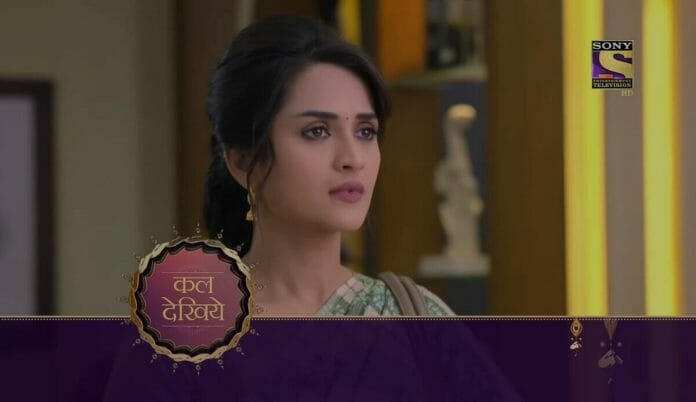 Sony TV’s popular show “Kaamna” currently deals with Akanksha trying to get back with Manav while Manav realised his feelings for Sakshi. Earlier its seen that Swati misunderstood Manav. Now it will be seen that Sakshi will misunderstand that Manav likes Niharika.

Previously we have seen that, Swati visited Manav’s House and everyone greeted her. She wanted to request Manav to give another chance to Akanksha.

She spoke with Manav about Yadhu’s need for mother for his age. Manav kept Sakshi in mind and agreed with her words but Swati thought that he was referring to Akanksha. Yadhu happily shared with Ayesha about Manav agreeing for second marriage.

Sakshi was worried thinking that Swati was there to persuade Manav to accept Akanksha. Holkar and Vaibhav misunderstood that Manav was interested in Niharika.

Yadhu gave proposal ideas to Manav. Swati spoke with Yadhu about his mother and Yadhu got emotional remembering Sakshi’s care for him. Swati once again misunderstood that Yadhu was referring to Akanksha and firmly believed that Akanksha deserved another choice. Akanksha also believed that Manav still loves her.

Will Akanksha get back with Manav? Will Swati’s misunderstanding create problems for Manav and Sakshi? Will Vaibhav manipulate Niharika?