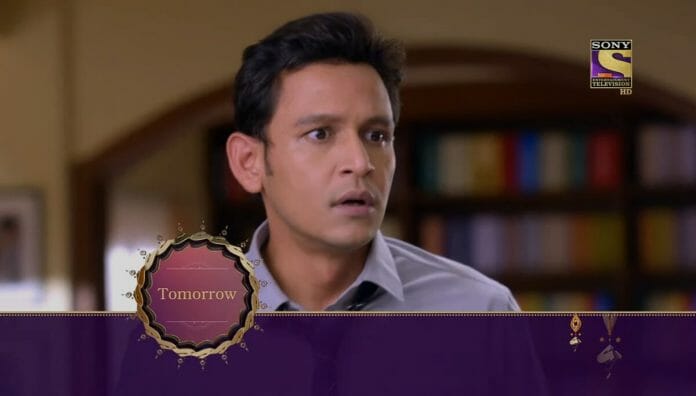 Sony TV’s newly launched show “Kaamna” currently deals with changing dynamics between Sakshi, Manav and Yadhu. Earlier its seen that Vaibhav joined Akanksha in kidnapping Yadhu and tried to take him away forcefully. Now it will be seen that Yadhu will meet with an accident.

Previously we have seen that, Vaibhav also came there and tried taking away Yadhu but Yadhu woke up on time and struggled to get away from his hold. Yadhu actually was not completely asleep and texted Manav right when Akanksha came to his room. Yashoda noticed someone coming and pretended like she’s saving Yadhu from Akanksha and Vaibhav. Manav came there with Meera and Meera video recorded everything for proof. Manav lashed out at Akanksha and decided to cancel her visitation rights using the proof. He fired all the servants and only kept Yashoda. Akanksha lashed out at Vaibhav as because of him she lost her visitation rights. Manav made arrangements to work from home. Anurag visited Manav and spoke ill about his relationship with Sakshi. Manav tried clarifying but he doesn’t believe. Yashoda called Vaibhav and informed about Anurag to him. Vaibhav decided to use Anurag for his plan. He met with Anurag and manipulated him against Manav. He made a plan with him. Manav visited Malti and pleaded her to not go on with the alliance as Anurag is not a good person. However Sakshi doesn’t listen and decided to proceed with the alliance.

In the future episodes we will witness, Someone (probably Anurag) will hit Yadhu knowingly and Sakshi will try to save him but in vain. She will cry seeing his condition. Ayesha will rush to Manav and will say that Sakshi mam called her and informed about Yadhu meeting with accident shocking Manav.

Will Akanksha and Vaibhav succeed in their plan ? Will Sakshi and Manav get married? Will Manav manage to save Yadhu?