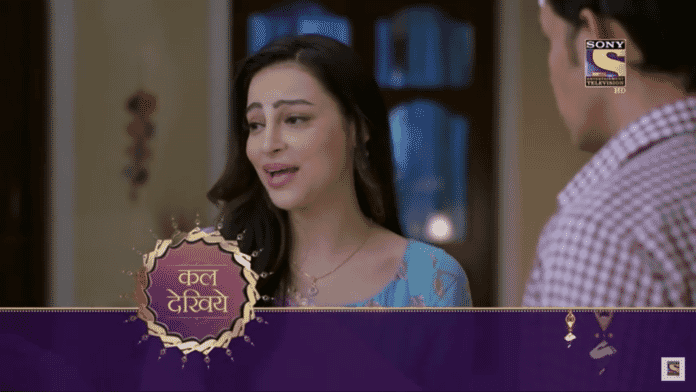 Sony TV’s newly launched show “Kaamna” currently deals with Vaibhav trying to trap Akanksha to separate her from Manav. Earlier its seen that Manav got insulted at Akanksha’s workplace. Now it will be seen that Yadhu to suffer due to Akanksha’s carelessness.

Previously we have seen that, Akanksha was very nervous to rehearse on they first but Vaibhav encouraged her. Akanksha got courage with his words and did well. Manav came there and Akanksha once again stammered due to distraction. Director scolded Manav for distracting his artist and threw him out. Vaibhav enjoyed his insult. On the other hand, Manav felt insulted at home too by Akanksha who questioned him for his visit at her work place. She looked down at Manav for his salary and behaved with attitude. She spent time with Vaibhav texting him ignoring Manav upsetting him more. Manav got frustrated. Akanksha’s director gave them a long break before resuming without break. Vaibhav found Akanksha’s Co actor flirting with Manav and got furious with their closeness.

In the future episodes we will witness, Yadhu will be waiting outside the locked door and calls Akanksha but she will not pick the call as she’ll be busy. Manav will get shocked seeing Yadhu lying oj floor and will taunt Akanksha when she comes back home. Akanksha will remind hin that she got paid a hefty amount by Vaibhav for the work. Manav will shout at her and will asks her not to bring Vaibhav’s name in the house again.

Will the differences increase between Manav and Akanksha? Will Vaibhav succeeds in his plan?

To know what will happen next in your favourite show “Kaamna”, stay tuned to this space