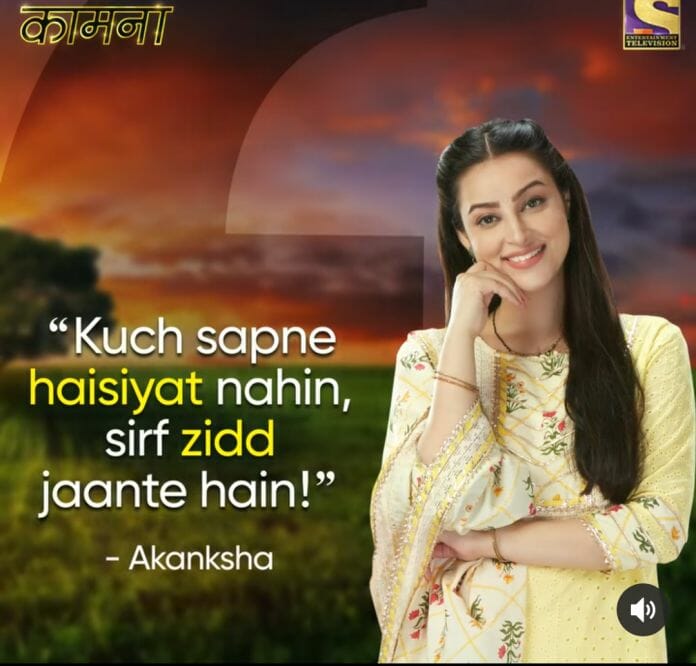 The episode starts with Yadhu saying Manav that he don’t want Akanksha around him anymore. Manav says he can’t avoid her monthly twice and assures that he would be with her whenever he meets her. Yadhu warns Yashoda to not bring him any food made by Ala to him and she agrees. Manav asks him not to worry as she would no more get time to come there as he has kept her busy. Akanksha comes home and finds all her money and jewels missing. She gets scared and Babli reveals that it’s Vaibhav who took it all. She pleads her to not reveal her name when she gets to know who did it. Akanksha gets angry. Manav and Yadhu are spending time together when he finds Yadhu upset over something. Yadhu shares with him about Sakshi’s marriage and Manav says what’s wrong with it. Yadhu says that Sakshi is not happy with the marriage but Manav says that Sakshi is sensible enough to make decisions and asks him not to worry.

Manav gets Meera’s call stating that Vaibhav escaped using his connections and Manav says they expected it. Meera explains their next move and Manav appreciates her. Vaibhav comes to office and checks his secret place to find Niharika’s documents missing. He gets angry and sees Meera and Manav waiting in his reception. Manav and Meera mocks Vaibhav and reveal that they never had anything with them but now they got everything. Meera gives the photocopy and says about their trap while Vaibhav fumes. At school Yadhu and Ayesha discuss about Sakshi’s marriage. They spot Sakshi coming and goes silent. Anurag comes behind her and irritates her despite Sakshi expressing her displeasure. They notice it all. Vaibhav comes home and Akanksha gets violent as he sold get jewels. Vaibhav explains whatever happened and says that he did all that for giving her the 50% share. He says that Manav ruined it all and says they need to find a way to defeat him. Akanksha says Yadhu is the only way to get through Manav.

Malti scolds Sakshi for playing hard to accept Anurag and Sakshi expresses her dislike towards him. Malti says that it’s life and not a film. She gets Anuradha’s message saying that Anurag agreed for the marriage. Ayesha and Yadhu overhears it. They think that Anurag is a fake person as no one would accept her marriage even after Sakshi rejecting so much. Yadhu is studying when Yashoda comes there with sweetened curd. She feeds it to him and Yadhu likes it and haves it all. She cooks up a story that she doesn’t like to stay with her son due to her troublesome wife and asks him to write a letter stating the same. Yadhu writes that ” i don’t like to stay in the house and so is going to her Mama’s house”.

Yadhu sleeps due to the sleeping pill curd while Akanksha waits impatient. Yashoda calls Akanksha and says that her son wrote the letter and also went to sleep. She reminds her that she promised to give her gold earrings to her and Akanksha agrees to give and cuts the call. She fumes that it’s her last pair of earring and even that would be gone now. Vaibhav asks her to be patient for sometime and asks her to keep Yadhu away for only 4 weeks. He says that after that Manav won’t have time for managing his work and they can easily win against Holkar. Akanksha agrees and Vaibhav wants to accompany her but she refuses and leaves. Akanksha comes there and gives the earring to Yashoda and corrects the gender in the letter. She takes sleeping Yadhu.

Precap : Manav will get scared as Yadhu don’t pick up the call. Vaibhav will be there to take away Yadhu. Yadhu will shout for his father to save him but Vaibhav will forcefully drag him away.