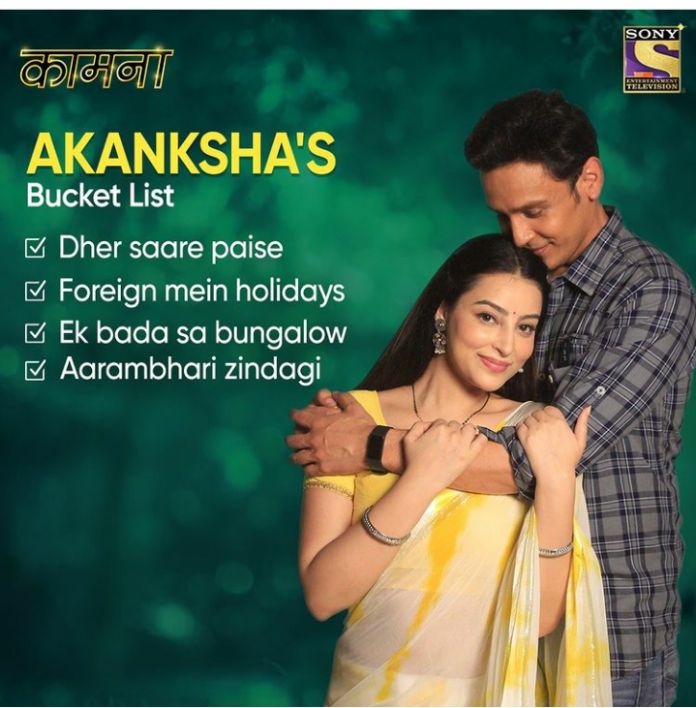 The episode starts with Vaibhav wondering how did Niharika call him. He calls Dr. Khale but he doesn’t pick up as he was asleep. Manav calls Babli and asks her to keep an eye on Vaibhav. Babli hears Vaibhav leaving in his car and says it to Manav. She gets irritated as they again got late but Manav who’s already outside says that they are not late. He follows Vaibhav. He says Holkar that they can’t make a single mistake as the consequences will be faced by Niharika. Vaibhav comes Khale and lashes out at him for not picking up the call.

Manav peeps in to find Niharika on stretcher. He’s about to go in when Vaibhav argues with Khale for not doing his work properly. He says he got Niharika’s call and it’s only her voice. Manav recalls training Ayesha to call Vaibhav. He trains her to speak with Vaibhav and makes her call him. Manav video records their conversation. Khale argues with Vaibhav that he paid him for his work and says he’s not careless. He takes him to Niharika and Vaibhav gets relieved Niharika on bed. Making use of the situation Manav does something with Khale’s phone. Vaibhav takes his leave.

Khale gets Manav’s video message of his conversation with Vaibhav and gets shocked. Manav calls him and pretends like Inspector. He threatens him that he would get paid for his sins. Khale tries escaping when Manav comes in front of him. He slaps him hard and confronts him for misusing his profession. He asks him to do only one good thing and confess the truth. Khale says that Vaibhav gave him money to keep Niharika in that condition but he never gave harmful pills. He says he only gave normal sleeping pills and she’s completely fine. Manav again hits him and takes Niharika away.

Ayesha is making cards for Yadhu and Yadhu praises her. He gets Manav’s message saying that Ayesha’s mother is coming back home. Yadhu thanks God for fulfilling Ayesha’s wish. He asks a treat from Ayesha to share a good news with her. Ayesha agrees and Yadhu takes chocolate from her and says that her mother is coming back home. Ayesha gets emotional. Ayesha waits impatiently and Yadhu says Niharika will be there soon. They hear car sound and watches as they bring Niharika in wheel chair.

Ayesha cries seeing her but Niharika is lost somewhere. Ayesha keeps calling her but she doesn’t respond. She pleads her to look at her and asks Manav why she’s not responding. Manav says her mother was locked up by Vaibhav for seven years and it takes time for her get back to normal. He asks her to be patience for some more time.

Manav takes Niharika in and Yadhu consoles Ayesha. He says that she would soon gets normal and Sakshi also says the same. Holkar asks Doctor if Niharika is fine. Doctor says that Niharika’s pulse is normal but BP is fluctuating a bit. He says that he can’t assure about when she would get conscious. Manav asks Holkar to not cry as from now it’s their good times. Akanksha is having a sound sleep and Vaibhav gets irritated seeing her.

Rane calls Vaibhav asking him about Akanksha scared of their plan but Vaibhav says it didn’t work as she’s fast asleep without any worries. He wants to get rid of Akanksha somehow. They hear the clock strike 12 and Rane congratulates him as today Niharika will be officially declared dead and he will be the sole of all the Kapoor and Holkar group of companies. Vaibhav says Ameen. He calls Khale to finish off Niharika but Khale hid about Manav taking away Niharika afraid of Vaibhav.

Precap : Yadhu will cry recalling his mother leaving him and wished his mother was like Ayesha’s. Akanksha will happily perform her haldi ceremony when Babli will alert her as her haldi will turn blood and her body will be covered with blood. Akanksha will get shocked.