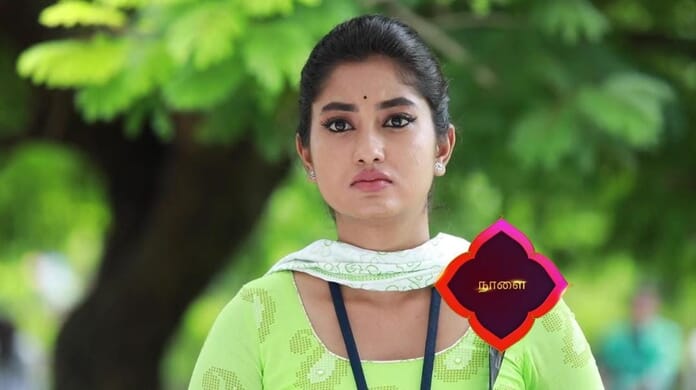 Vijay Television’s show Kaatrukkena Veli’s is gearing up for more drama with Surya and Vennila avoiding each other.

In the previous episode it was seen that Madhavan got warned by the inspector again. Soumiya got suspicious. At the college, by mistake Maran kicked the ball at Abhi. Abhi got furious that her dress got spoiled. Anandhi and Abhi insulted Maran stating he is unable to buy anything on his own. Vennila warned Abhi to mind her words. Abhi ignored Vennila and continued to humiliate Maran. Maran got teary eyes hearing Abhi’s harsh words. He apologized to Abhi and left from there. Soumiya questioned Madhavan about the inspector warning him. Madhavan denied it saying that Soumiya had a misunderstanding.

In the upcoming episode it will be shown that Maran’s coach will bring a letter to Surya. The latter will read the letter and will get enthusiastic. He will announce to the whole class that Maran got selected to represent their college in the state-level running competition. Maran will get overjoyed. His friends will congratulate Maran. Abhi and Anandhi will look uninterested. Later Vennila will confront Abhi for insulting Maran. Surya will be upset recalling his fight with Vennila. Shyamala and Banu will question Surya why he’s upset. Surya will deny it. Meenakshi will blame Saradha saying that she ruined this house’s peace. She will do emotional drama in front of Surya.

Will Vennila and Surya reconcile? Who will let go of their ego and talk first? What destiny stored for Surya and Vennila ahead in the show.

All these questions will be answered in the upcoming episodes. Keep watching the show and stay tuned for latest update of your favorite Tamil shows.