Vijay Television much loved show Kaatrukkena Veli is gearing up for high voltage drama in the upcoming episode. In the previous episode it was seen than Madhavan put forth a condition to Varadhan to let Soumiya stay at his house. In the upcoming it will be seen that Varadhan creates a scene at the college where Vennila studies.

In the current story it’s seen that Soumiya phones Vennila to alert about their dad’s arrival to Vennila college. Vennila gets first elated hearing this, but she gets worried when Soumiya reveals the reason why their dad comes to her college. Soumiya tells whathad happened at her house and Madhavan’s threat and condition. Vennila cries and worries what to do now. Soumiya tells Vennila to hideherself from their dad.She assures Vennila that she is coming there and will convince Varadhan and take him with her.

Varadhan and Vishnu asks Vennila friend about Vennila, Her friends get tensed knowing Vennila dad and brother came looking for her. Tamizh runs to Vennila to inform about the same. Vennila comes running to Varadhan. She expresses her happiness of meeting him after longtime. But Varadhan scolds Vennila. He tells her to come with him leaving her study. He demands Vennila to apologize to Madhavan. Vennila requests him to go out and talk, but Varadhan refuses. Soumiya comes there. Vennila’s friend and Soumiya support Vennila and try to stop Varadhan from taking Vennila, but Varadhan scolds them as well. Abhi and Anandhi watch this and get glad.

In the upcoming episode it will be seen that Vishwa and Surya will be informed about Vennila’s dad creating a scene in the college. They will come to enquire. Later Varadhan will be called to the conference hall to discuss. Varadhan will badmouth Mahadevan knowing he’s Saradha’s husband. Surya will warn to talk with respect, but Varadhan will say that he will disrespect whoever is related to Saradha.

What will happen next? Will Surya be able to prevent Varadhan from taking Vennila? 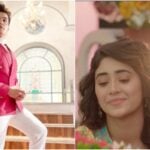 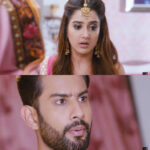 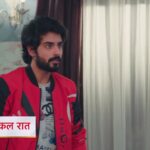 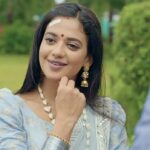 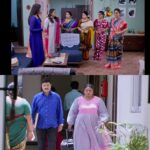