Vijay Television’s popular show Kaatrukkena Veli is gearing up for high voltage drama in the upcoming episodes with the ghost drama planned by Vishwa to force Vennila to leave the hostel.

Vennila gets shocked when Uma announces that she has to move to the room, where a girl committed suicide by hanging herself and there is rumors that her spirit is haunting that room. Vennila asks the warden to give her another room to which the warden refuses. Vennila tells that her studies hold an important place in her life and she can study even staying under a tree.

Uma informs Vishwa that She forced Vennila to move to the haunted room. Vishwa gets elated hearing this and shares about the same with Abhi and Anandhi. Later Surya comes to talk to Abhi and Anandhi, but they say they’re angry as he scolded them for Vennila, who is lying. Surya doesn’t believe them. To their shock, Surya praises Vennila. Anandhi unintentionally blabbers something about the ghost plan, but Abhi covers it and takes her from there. Meanwhile, Vennila enters the haunted room and looks around scared.

In the upcoming episode, it will be shown that Vennila will get frightened seeing the door slamming and the lights flickering. She will run out of the room getting scared.

What will happen with Vennila now? How she will tackle this new trouble?

Stay tuned for the latest update of your favorite Tamil shows. 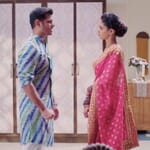 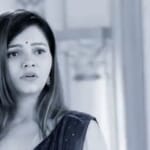 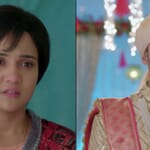