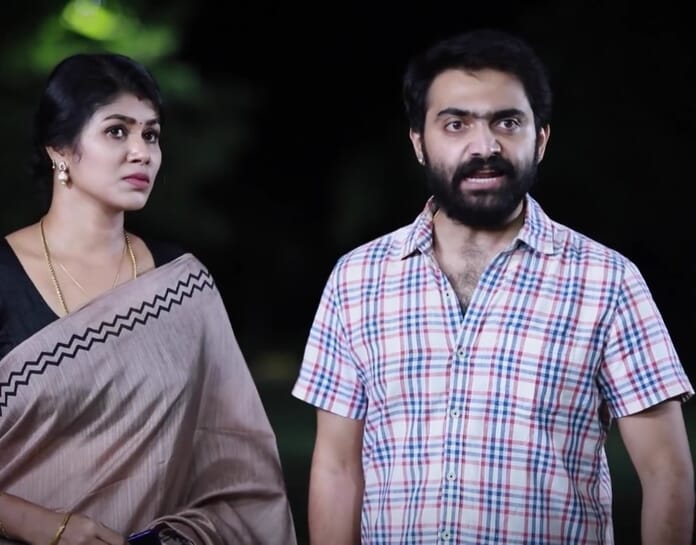 Vijay TV’s popular show Kaatrukkenna Veli is managed to grap the audience from the first episode itself. The show highlights the importance of women’s education which is appreciated by the viewers. Now the show is all set for high voltage drama in the upcoming episode.

In the current story, it’s seen that Abhi and Anandhi learn about Vennila’s plan of staying back in the college and doing group study with her friends. She wants to complain about this to Surya, but gets shocked he gave Vennila the permission. Abhi decides to prevent Vennila from studying. Abhi goes with Anandhi to the hostel warden and demands to give Vennila’s guardian phone number. Abhi reveals her identity when the warden refuses to give them the contact details. A scared warden gives Abhi the number.

Later Abhi and Anandhi meet Vishwa and tell about Vennila’s plan and Surya permitting the same which enrages Vishwa. The latter confronts Surya. Vishwa argues with Surya and tells that he had changed ever since he returned after meeting Saradha. Vishwa blames Saradha for their trouble. Surya denies it. Vishwa tries hard to convince Surya to change his decision, but Surya stays firm. In the night Abhi reveals her plan to Anandhi.

In the upcoming episode, it will be shown that Vennila and her gang will be studying in the college. Meanwhile Abhi will call Vennila’s sister Soumiya. Soumiya’s husband, Madhavan speak to Abhi over the phone. Abhi will lie to him that Vennila is partying with four boys in the college.A furious Madavan reaches college and will shout at Vennila.

What will Vennila do now? How she will tackle this problem? Will Vennila did out Abhi trapped her again?

Keep checking this space for the latest updates of your favorite Tamil shows.