Vijay TV’s popular show Kaatrukkenna Veli has managed to attract audienc such a short span of time and is keeping its audience hooked to the show with its intresting storyline. The chemistry between the lead couple is one more plus for the show. The audience will witness some high voltage drama in the upcoming episodes with Mahadevan supporting Vennila going against his brother, Vishwa.

In the current story it’s seen that Abhi and Anandhi stick the copies of Vennila’s letter on the wall and write slogans against college management. Then Abhi and Anandhi inform Vishwa and Mahadevan that Vennila is distributing posters against the college management and they also show them the posters sticked on the wall. Vishwa gets furious on seeing this and decides to dismiss Vennila from the college. However Mahadevan tries to calm him down and says that he can’t believe that Vennila can do something like that. He wants to question Vennila before making any decision. Vennila and her friends also notice the posters. Rupa and Tamizh suspect that Abhi should’ve done this. They get confirmation that Abhi is behind this, when they enquire the two girl, who mocked Vennila.

Will Vishwa obey? Will Abhi get exposed?

Keep checking this space for latest updates of your favorite Tamil shows. 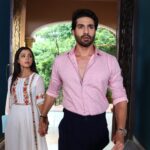 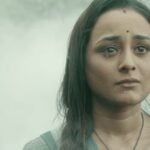