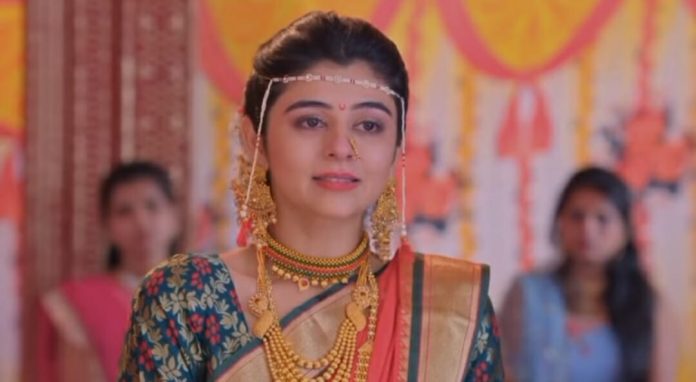 Star Plus’ popular show Kabhi Kabhi ittefaq Sey is all set for a new twist with Armaan revealing the truth to the Kulshreshths.

In the current story it’s seen that Anubhav is scared that his family will separate him again from Gungun so, he doesn’t want to return to them. But Gungun refuses to separate Anubhav from his family and keep them away from the truth that Anubhav is alive.

Radha takes Anubhav to the temple before the marriage. Just then Kulshreshths arrive and misunderstand Gungun is marrying Armaan, she called them for her marriage lying to her. They start to rebuke Gungun. Armaan stops them and reveals all the truth.

Just then Anubhav shows up. Kulshreshths get emotional and overjoyed seeing him alive. Kulshreshths understand Gungun goodness and apologize to her for misunderstanding her.

They decide to get Gungun and Anubhav married. Gungun feels reluctant thinking about Akriti. Charudatt tells about Akriti demanding a share in their property.

In the upcoming episode it will be seen that Akriti will arrive to stop Anubhav and Gungun’s wedding stating that Anubhag is already married to her. Unaware of Anubhav gaining his memory, Akriti will try to manipulate Anubhav against Gungun and the Kulshreshths.

She will say to Anubhav that they all fooling him taking advantage of his memory loss. She will accuse Gungun of trying to kill Anubhav. Gungun will lose her cool and should shut up. Gungun will reveal that Akriti was teamed up with her mom and she has all her chats records with her.

Will Gungun expose Akriti and Maya’s conspiracy to the Kulshreshths? What will Akriti do next?