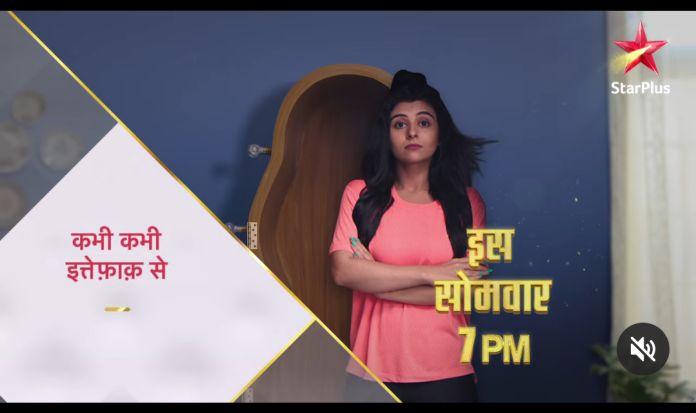 The episode starts with Charudatt saying that Anubhav won’t go anywhere leaving his family. Akriti says that family is important. Anubhav glares at Akriti. Goli asks where Goli, Yug and Ankit. Charudatt says that they will come in the evening flight.

Sunanda asks about Gungun. Charudatt warns to not take her name. Sargam says that media is saying that Gungun saved Anubhav. Charudatt says that Anubhav was dead due to Akriti’s luck and good act. He calls Gungun fraud and says that she met Anubhav dressed up as a nurse Despite his warning. Akriti asks what if she would give wrong medicine to Anubhav.

The latter says to stop her nonsense. Anubhav defends Gungun and says the efforts she put to save his life risking her life. He asks Akriti where she was when Gungun was fighting to save him. Akriti says that Gungun did all this for publicity not for him. She calls Gungun selfish and scolds her.

Anubhav shouts shut up and warns to not utter a word against Gungun. Akriti argues with him. Charudatt says them to stop. Sargam says to Anubhav that Akriti wouldn’t have gone to Mumbai if she didn’t care for him. Family defends Akriti. Anubhav says that Akriti doesn’t have any rights to speak against Gungun. Charudatt says to Anubhav to not take any decision that he will regret in the future.

Anubhav says that he isn’t running away from his responsibility, but he won’t back off from the promise he gave to Gungun. Charudatt decides to do something before the matter goes out of the hand. Other side Ranvijay’s dad bails out Ranvijay’s.

At Kulshreshths, family is having dinner together. Goli asks Golu why he didn’t come with others. He gives some excuse. Sunanda expresses her joy about having dinner as family after longtime. Akriti says that she made light food for him upon doctor instructions. Anubhav stops Akriti from serving it to him. Sargam says that this is Akriti’s love and care for Anubhav.

Anubhav says that Gungun didn’t have food or water for three days thinking that he would be starving too and says that this is love. Charudatt warns Anubhav to not take Gungun’s name. Anubhav argues with Charudatt and leaves the dining table. Charudatt says that their family isn’t together despite leaving under the same roof.

The next morning Gungun is surprised when Charudatt visits her. She invites him, but he refuses to come in saying that she will make him to leave after hearing his talk. Gungun asks what the matter is, if everything is fine. Charudatt says that nothing is fine. He says that Anubhav has changed, he isn’t with them despite being among them.

Anubhav messages Gungun that he will come to her house to meet her if she doesn’t answer his call. He wonders why she’s not answering her calls. Golu says that she must be tired. Here Gungun thinks that there’s only to go away from Anubhav. She calls Ranvijay.

The latter gets tensed on seeing Gungun’s call. He wonders whether she got to know he handed Anubhav to the terrorist. He receives the call and shows his fake concern. Gungun says to stop his drama and asks if he comes to her house late night. Ranvijay asks why. Gungun thinks that because Anubhav can home to her house after his family will sleep. She says to Ranvijay that she some work.Ranvijay agrees to come.

Precap: Gungun asks Ranvijay if he still loves her. Ranvijay says that he loves very much and he missed her lot. Gungun asks if he can marry her. Ranvijay agrees. Gungun says that she’s also ready for this marriage. Anubhav stands shocked on overhearing this.