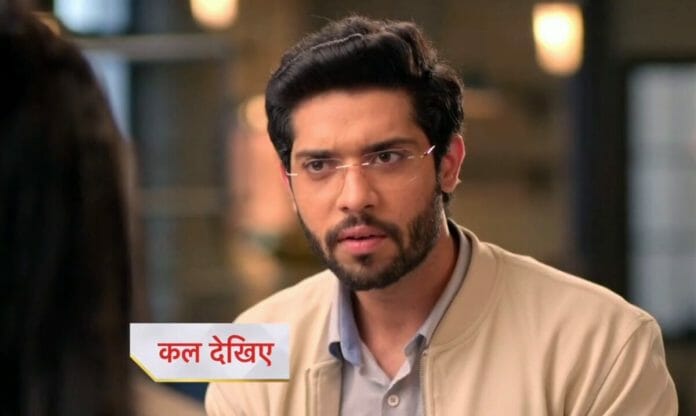 Star Plus daily soap Kabhi Kabhie Ittefaq Sey currently shows that Gungun refyses to congratulate Anubhav but later she decides to meet him so she calls him. Anubhav also agrees to meet her.

In the current track it shown that Anubhav takes the family members blessings. Charu praises Anu for achieving something that is most people’s only dream. He also apologises to Anu for not able to provide him with everything to accomplish what he wants but Anubhav tells without his family by his side he can’t able to reach this height and thanks them for the sacrifices they made. He then receives a call from Ridesh who congratulates him and tells him that he made his day.
Later Ridesh and Garima asks Gungun to congratulate Anubhav but she refuses saying she hates him. Anubhav receives a call from Gungun who asks him to meet her because she wants to talk to him. Anubhav refuses first but later agrees to meet her. Gungun asks him not to make her wait also tells him that they will have conversation which will not even take five minutes.

In the upcoming episode it will be shown that Anubhav will taunt Gungun saying the one who hate to keep the other person wait has to supposed to come early. Gungun will ask Anubhav to learn manners. Anubhav will tell Gungun that his family taught him mannerism. Gungun will say to Anu humiliating a girl wont be considered as manners. Anubhav will call Gungun a quarrelsome. Gungun will tell Anubhav that she will divorce him after she will pass her exams in first class next year. Anubhav will ask her not to break the promise. He will sign the papers. He will give a chocolate to Gungun and tell her that he guessed already she must be going to say this. Gungun will also give him a chocolate saying that she also guessed that he will agree to this deal.