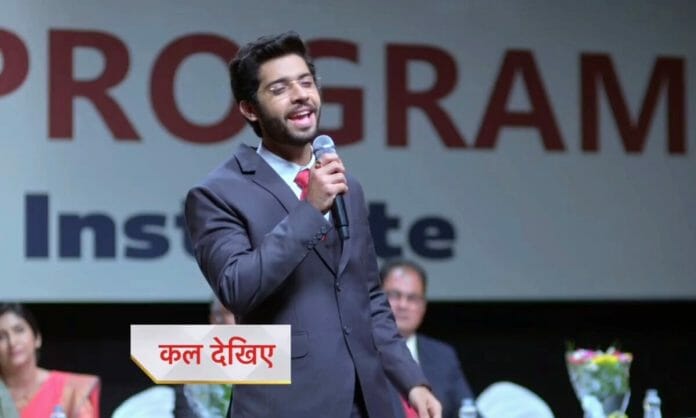 Star Plus daily soap Kabhi Kabhie Ittefaq Sey currently shows that Anubhav and Gungun signs a deal that they both will go in separate ways after Gungun passes her exams in first class also Anu decides to do anything this to happen. He also tells his family about the deal.

In the current track it shown that Anubhav agrees to meet Gungun and when the the family members questions him why Gungun asked him to meet her he asks them to go with him and get to know on their own but they refuses so Anu leaves. He waits for Gungun who who comes late so he tells her that she don’t have any rights to tell the other person to not to come late when she cant come early.

They both gets into an argument. Gungun tells Anu that she did everything to make her father mind change about this marriage but failed. Anu also tells even he had to agree to this because of his family but he has hope on Gungun that she will do something. Gungun reveals her condition that she put forth to her father. Anu also asks Gungun to not to break the promise and tells that he will suggest lecturers who will help her to pass the exam in first class.

He then signs the paper then they both share each other chocolate and tells how they hate the other person’s presence. Anubhav gets questioned by the family members about his meeting with Gungun. He tells them about the deal which shocks the family members.