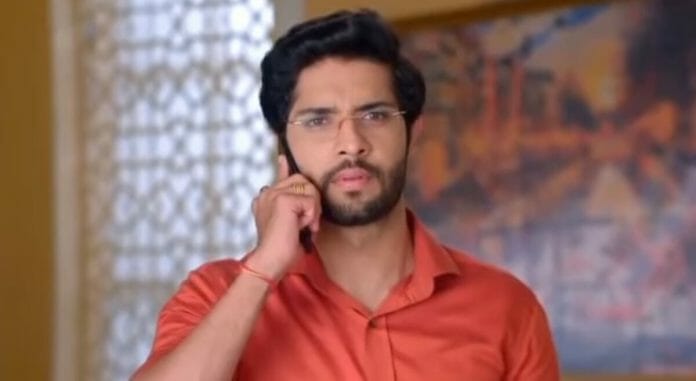 Star Plus daily soap Kabhi Kabhie Ittefaq Sey currently shows that Maya questions Gungun for her decision to not to marry Ranvijay but Gungun refuses to tell her anything. Later Anubhav and Gungun gets into an argument and accuses one another and ther both get hurt with the other one’s choice of words they used during their argument.

In the current track it shown that Gungun says to Maya that she wont marry Ranvijay which lead Maya to call Ranvijay to stop him from bringing his parents to talk about this marriage arrangements but Ranvijay assures Maya then threatens Gungun to ruin Anubhav’s life along with Ridesh’s reputation. Gungun cries. Akriti tries to get closer to Anubhav but the latter avoids her which upsets Akriti. She then talks about Ranvijay and Gungun’s marriage announcement. Anubhav makes an excuse and leaves the room. He calls Gungun and lashes out at her for trapping him. Gungun gets hurt by Anubhav’s accusation. They both refuses to believe the other person’s word. Anubhav tells Gungun that she wants attention that’s why she is playing this victim card. Gungun gets hurt and says to Anubhav he will regret his words when he learns the truth. Gungun cries hugging her father’s photo. She says that she is doing all this to protect Anubhav. Later Ranvijay and his parents comes to the Bhatnagar’s house. Ranvijay’s mother assures Gungun to take proper care of her. Gungun remains silent.

In the upcoming episode it will be shown that Gungun will enter Kulshreshth’s house with her belongings and tell them that they all are interested to learn about her husband’s identity which she will reveal it. She will ask Anubhav why he is stopping her now to reveal the truth and tell him that she realised his love for her. Akriti will get angry and say to Gungun neither she have place in Anubhav’s life nor in Kulshreshth’s house. Gungun will ask Akriti to not to interfere in this conversation especially when the first wife is talking which will shock the Kulshreshth’s.