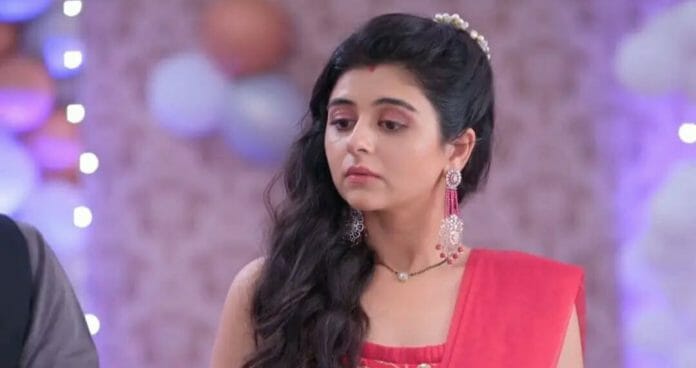 Star Plus popular show Kabhi Kabhie Ittefaq Sey is gearing up for more drama with Anubhav and Gungun realizing that Anubhav was the target of the murder attempt.

In the current story it’s seen that Pradyush swears on his daughter to prove that he isn’t married. He seeks Goli a chance to rectify and proposes her for marriage. Akriti asks Goli to not take any decision in hurry and reminds her about Pradyush betrayal and her suffering of 15 years.

Akriti hopes that Goli will also support her in her matter. Goli agrees with Akriti. She forgives Pradyush, but rejects his marriage proposal. Elsewhere Armaan, chief editor of Jeet network, learns about Gungun’s brave story of saving Anubhav from the terrorists and wishes to get her interview.

He calls Gungun for the same. Gungun rejects to give interview. Later Anubhav and Gungun realize that the murder attempt happened on Anubhav when the commissioner says that the poisoned juice was meant for Anubhav.

Gungun gets worried about Anubhav’s safety. Commissioner assures Gungun to give police protection for Anubhav. At the Kulshreshths Akriti complains to Goli about Anubhav being with Gungun. Charudatt to call Anubhav to confirm the same.

In the upcoming episode it will be shown that Anubhav and Gungun will attend Prakash’s wedding. Prakash will complaint that they’re coming late in their own family members waiting.

Akriti’s colleagues will tease Akriti with Anubhav. Akriti will reach Mumbai. She will call Anubhav. The latter will be dancing with Gungun and Prakash family.

What will happen next? Will Akriti catch Anubhav and Gungun together?