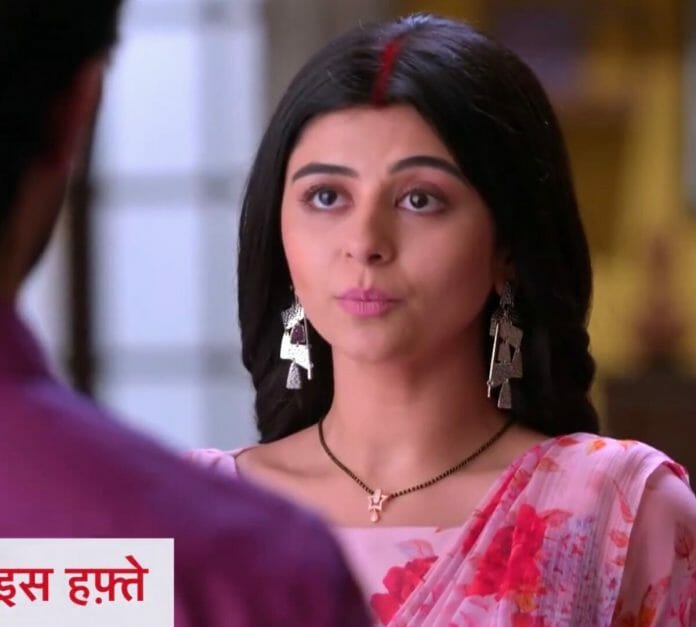 Star Plus daily soap Kabhi Kabhie Ittefaq Sey currently shows that Anubhav and Gungun have a dinner together. Gungun asks Anubhav to concentrate on his marriage life with Akriti also talk about dying but Anubhav threatens to not to take any such thing because he will also do what she do to herself shocking Gungun. Later Akriti and the Kulshreshth’s women see Anubhav in the restaurant and the latter makes an excuse and leave the restaurant upsetting Akriti.

In the current track it shown that the Kulshreshth’s women persuades Goli to join them in their dinner plan. Goli gives in and goes to get ready. Anubhav goes to the restaurant and orders all the best food in there. Gungun comes there and asks Anubhav the reason behind him asking her to meet him. Anubhav asks Gungun is she really think that she has to go to USA also tells her he is here for her but Gungun advices him not to spoil his marriage life with Akriti by running behind her. She then gets angry at Anubhav so decides to leave. She also tells that she wants to die but Anubhav threatens to kill himself shocking Gungun. Akriti and Kulshreshth’s women see Anubhav in the restaurant. The latter refuses to join them which makes Akriti upset who shouts at the Kulshreshth’s women shocking them. The next day Kulshreshth’s comes to attend Ridesh’s funeral ceremony. Maya insults the Kulshreshth’s again shocking Gungun and Anubhav.

In the upcoming episode it will be shown that Gungun will come to the Kulshreshth’s house taking her belongings. She will tell Anubhav that she understand his love for her so she decide to stay with him. Akriti will get furious and tell Gungun she neither have a place in Anubhav’s life nor in the Kulshreshth’s house. She will raise her hand on Gungun but the latter will stop her and tell her not to interfere when the first wife is talking to her husband. Golu will look happy and the remaining family members will get shocked.