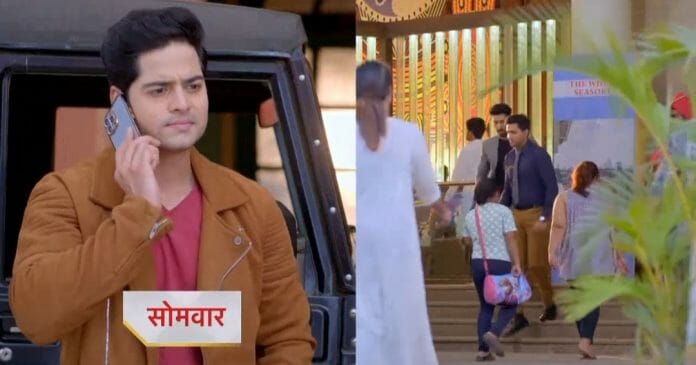 Star Plus daily soap Kabhi Kabhie Ittefaq Sey currently shows that Anubhav and Gungun spends romantic time together but Anubhav grows suspicious when Gungun receives a call from Garima. Akriti demands Gungun about her whereabouts but the latter lies to her. Later Gungun pleads Anubhav to call Golu to know what’s happening but the latter refuses.

In the current track it shown that Anubhav and Gungun dances with each other romantically. Gungun receives a call from Garima and the latter questions her about her whereabouts. Gungun gets confused but Anubhav gets suspicious so he asks Gungun to talk to Garima by going to the other side. Gungun obliges. Akriti takes the mobile from Garima and asks Gungun about her whereabouts. Gungun lies to her that she is in her friends birthday party. Akriti demands her to show her friend but Gungun refuses and cuts the call. Ranvijay tells his friends about hiring a man to spy on Gungun. Golu also tells his family members he is accompanying Akriti and other’s to Mumbai. Family members teases him also asks them to enjoy their stay in Mumbai. Anubhav gets worried seeing many messages from Golu but refused to call him to know what happened because he wanted to spend more time with Gungun. He also praises Gungun for worrying about his family members. They both makes promises to each other to not to leave one another.

In the upcoming episode it will be shown that Ranvijay will learn through his men that Gungun is alone in the room. Gungun will receive a call from the reception asking her to come and collect the parcel which is for Anubhav. Gungun will wonder whether to collect the parcel or not because Anubhav asked her to not to leave the hotel room until he ask her to.