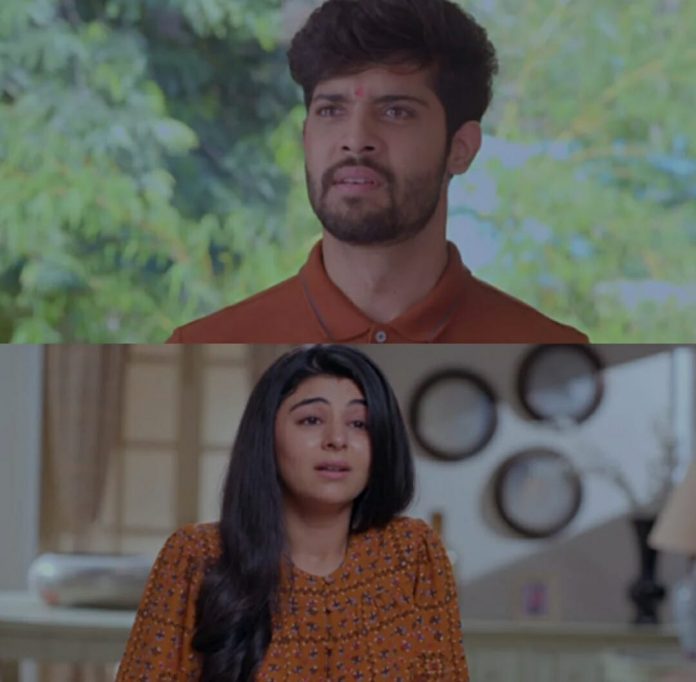 In the current story it’s seen that Sargam asks about Gungun. Charudatt says to not take Gungun’s name. He calls her fraud and says that she met Anubhav dressed up as a nurse despite his warning. Akriti says that she could have given wrong medicine to Anubhav.

Sargam says that media said that Gungun saved Anubhav’s life. Charudatt says that Akriti’s luck and good act saved Anubhav. The latter reminds them how gungun fought to save his life. Akriti says that Gungun did this for publicity and not for him. Anubhav defends Gungun’s intention.

Later in the dinning table Anubhav argues with Charudatt defending Gungun and leaves without having food. Charudatt vists Gungun. He gives an emotional speech about the change Anubhav because of Gungun. He pleads with her to return Anubhav and save his respect and his family from falling apart.

He asks Gungun to get married for the same. Later Gungun decides to avoid Anubhav. She doesn’t answer Anubhav’s call. She phones Ranvijay and asks him to come to her house in the night.

In the upcoming episode it will be seen that Anubhav will come to Gungun’s house to meet her. He will stop at the doorstep on seeing Gungun talking with Ranvijay. Gungun will ask Ranvijay if he still loves her. Ranvijay will say that of course he still loves her.

He will say that he missed her lot and can proudly say that he loves her more than before. Gungun asks if he can marry her to which Ranvijay will agree immediately. Gungun will say that she is also ready for this marriage and will glance at Anubhav. The latter will stand shocked.

What will happen next? Will Anubhav understand the real reason behind Gungun’s decision?